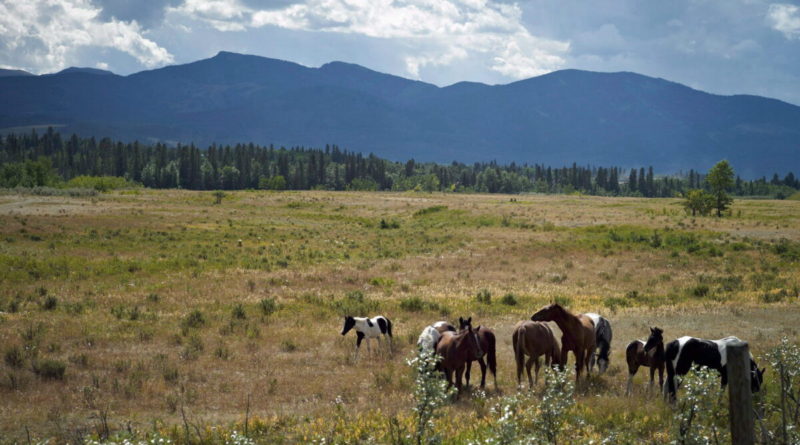 
Alberta announced a five-year plan to boost rural communities by investing in infrastructure, tourism, skills development, and entrepreneurship. It coordinates some initiatives already in motion and adds new ones, with more than $1.5 billion combined behind them.

Nate Horner, minister of agriculture and irrigation, said at the announcement on Wednesday: “We have all these cogs turning independently. The hope of this plan is that we bring it all together. … This will provide that communication at a government level and an intergovernmental level. Transportation, health care, broadband—all these things we know are important to our communities.”

Connecting rural Alberta to highspeed internet by 2026 is one part of the initiative. Transportation infrastructure, another part of it, will help tourism as well as businesses.

“It’s not a problem to get people to the Rockies, what about the rest of the province?” Horner said. Marketing will help bring tourists, but so will addressing problems such as the blue-green algae that fills some lakes due to runoff from homes and farms.]

The province will continue to build its agri-food industry, including investing $2.5 million in recruiting and retaining workers. It will fund Alberta’s nine regional economic development alliances with $125,000 each.

This plan will help coordinate some initiatives that have already been announced including: $933 million for irrigation infrastructure, $390 million for broadband expansion, $78 million to fund active capital maintenance and renewal projects in rural Alberta, $59 million to address a critical shortage of large animal veterinarians, $70 million to attract film productions to the province, and $8 million to support indigenous communities’ participation in rural economic growth.

Horner said new initiatives will also be announced as part of the 2023 budget.

Minister of Jobs, Economy and Northern Development Brian Jean said at the announcement: “Alberta’s economy is booming. We’re doing well, we’re the leader across the country. Weekly earnings are up, venture capital a record set this year over top of last year, which was a record year.” He said the government is investing in bringing all Albertans, including those who need some help, to greater prosperity.

Jean said: “With strengths in oil and gas, agriculture and forestry, tourism and emerging technologies, Alberta’s rural and northern communities are the backbone of our province’s economy. Actions identified in this plan will benefit rural and northern Albertans for years to come.”