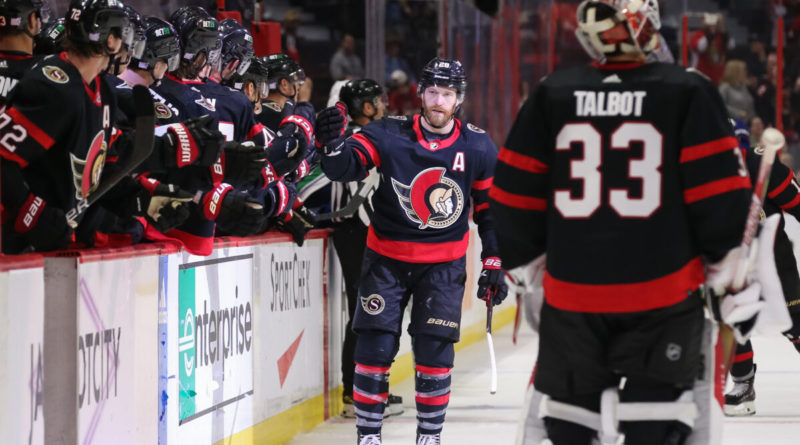 
Cam Talbot made 32 saves to lead the Ottawa Senators to a 3–0 win against the visiting Anaheim Ducks on Monday night, Dec. 12.

Alex DeBrincat scored two power-play goals, Claude Giroux assisted on both and Parker Kelly also scored for the Senators, who are 4–1–1 in their past six games.

Lukas Dostal made 35 saves in his season debut for Anaheim, which fell to 0–6–2 in its past eight road games.

Ottawa scored on its third shot against Dostal, who was recalled from AHL affiliate Ontario on Saturday after Anthony Stolarz sustained a lower-body injury on Friday.

Kelly deflected a point shot from Nikita Zaitsev for his first goal of the season, giving the Senators a 1–0 lead at 5:42 of the first period.

Ducks forward Brett Leason was called for interference on Tim Stutzle at 10:10 of the first period. Stutzle, who entered the night second on the Senators with 27 points (10 goals, 17 assists), sustained an upper-body injury on the play and did not return.

DeBrincat scored nine seconds into the ensuing power play to give Ottawa a 2–0 lead.

Ducks forward Adam Henrique was unable to convert a short-handed breakaway at 17:17 of the first period.

Dostal made two of his best saves on back-to-back tries from in close by Shane Pinto in the opening minutes of the second period.

Dostal also turned away a shot by Mark Kastelic on a 3–on–0 break with 1:42 left in the second period.

DeBrincat scored with four seconds left on a power play to extend the lead to 3–0 at 12:00 of the third period. It was DeBrincat’s 11th goal in 14 games against the Ducks in his career.

Ottawa was awarded a short-handed goal with 4:31 left, but the Ducks challenged for goalie interference and the goal was waived off.

The Senators also lost forward Tyler Motte to an upper-body injury during the second period.

Covid UK: Self-isolation will not be dropped for the double-vaccinated until AUGUST 16