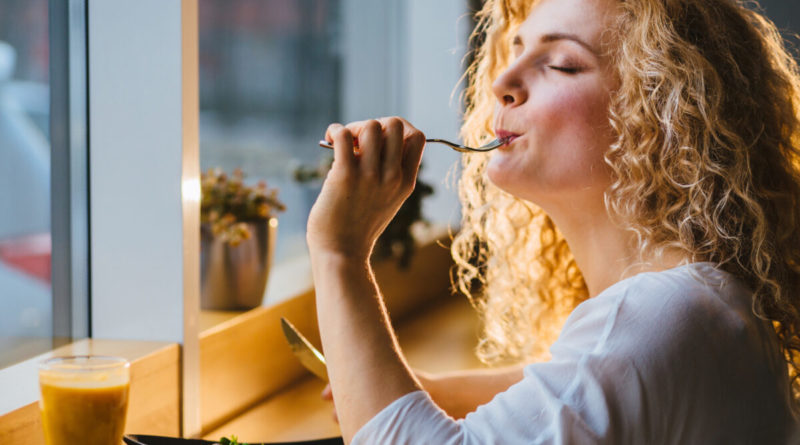 
Fasting is an ancient1 health intervention embraced through the ages for its rejuvenating effects.2 In more recent years, researchers have demonstrated that less challenging forms of fasting, such as intermittent fasting and time-restricted eating (TRE), are just as effective as longer water fasts, helping your body repair cellular damage, reduce inflammation, improve brain function and much more.3,4,5

According to Satchin Panda, Ph.D., who has conducted important research into the impact of meal timing on circadian rhythm, 90% of people eat across a span of 12 hours a day, and many across even longer timespans, which is a recipe for metabolic disaster.

Metabolic fitness includes things like blood glucose and blood sugar, blood pressure and weight. This means 14 out of 15 Americans could benefit from improving their metabolic health, and TRE is one of the easiest yet most powerful interventions for reducing insulin resistance, restoring metabolic flexibility and losing excess body fat.

How TRE Can Improve Your Health

For most people, TRE is the easiest to implement as you get to eat every day, albeit only within a certain window of time. Most TRE regimens call for eating during four to eight hours of the day and fasting for the remaining 16 to 20 hours. The sweet-spot is probably six hours of eating and 18 hours of fasting.

As explained by Steve Hendricks, author of “The Oldest Cure in the World: Adventures in the Art and Science of Fasting”8 in a Salon article:9

“As researchers explored the mechanisms, they found that longer fasting periods gave the body time to make more repairs. Our bodies are constantly repairing and replacing damaged cellular parts — patching up faulty DNA, recycling worn-out organelles — which, if not taken care of, can result in disease.

But these repairs usually occur at a very low rate because the body is so busy doing all the other tasks that make up our lives, including the immense work of digesting our meals, processing the nutrients from those meals, and putting the nutrients to work in cells all over the body.

But when we stop eating for long enough, the body takes advantage of the break from all that heavy work, and our cells use the downtime to supercharge their repairs.” 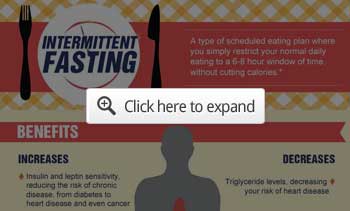 Why Late-Night Dinners Sabotage Your Health

An often-overlooked caveat with regard to this timing is that you want to eat your last meal at least three hours or more before bedtime. This is important, as it helps protect your mitochondrial function, which in turn helps protect against any number of chronic ailments and diseases. But leaving only a two-hour gap is still on the riskier side. As explained by Hendricks:10

“It’s a lot of work for the body to switch from its daytime mode of digesting and processing nutrients to its nighttime mode of making repairs, so the body doesn’t start those repairs in earnest until it’s absolutely sure we’re done eating.

About 6 hours after we eat or drink our last calories the repairs start, and they ratchet up slowly, hour by hour, until they reach a kind of repair overdrive after another 6 hours, which is to say 12 hours after our last consumed calorie.”

This means that if you’re eating across 15 hours a day, you’re only fasting nine hours at night, and since cellular repair doesn’t kick in for six hours, your body only has three hours in which to repair itself. Is it any wonder then that degeneration sets in?

If you eat for only eight hours and fast the remaining 16, your body will have a solid 10 hours in repair mode. With that in mind, set your eating window early in the day so that your last meal is around 3 p.m.

If you eat for only eight hours and fast the remaining 16, your body will have a solid 10 hours in repair mode. With that in mind, Hendricks recommends setting your eating window early in the day so that your last meal is around 3 p.m. Many who recommend TRE typically recommend simply skipping either skip breakfast or dinner, but skipping dinner would be the better choice.

Research also suggests making your earliest meal the largest and subsequent ones increasingly smaller allows your body to work better. As suggested by Hendricks, “Follow the adage ‘Eat breakfast like a king, lunch like a prince, and dinner like a pauper.’” The reason for this is because your circadian rhythm is hardwired to process food most efficiently early in the day. Hendricks explains:11

“Take our body’s management of the hormone insulin, for example. Insulin’s job is to move glucose (the sugar from our meals) out of our arteries and into the cells that use the glucose for fuel. Cued to a circadian rhythm, our pancreases make a lot of insulin in the morning and early afternoon, but production wanes by mid-afternoon.

When we eat in the late afternoon or at night, there’s less insulin in our bloodstream, so glucose lingers longer in our arteries, where it dings up the arterial walls. Over time, the arteries can harden, putting us at risk of heart attacks, strokes, dementia, and other calamities.

This rhythm of insulin is so potent that you can feed prediabetics the same meal at 7 a.m. and again at 7 p.m., and although their blood sugar will hardly rise after the morning meal, after the evening meal the sugar lingers so long in their blood that some of them will test fully diabetic … Evidently, we just weren’t made to process nutrients late in the day.”

Same Principle Works for Poisons Too

A rather macabre illustration of this came out of a 2012 analysis12 of 15,000 people in Sri Lanka who had attempted suicide by drinking pesticide. Those who drank the poison in the evening died half as frequently as those who poisoned themselves in the morning.

The mechanism that helps explain this discrepancy is that the digestive tract absorbs poisons more rapidly and distributes them throughout the body more efficiently when consumed in the morning.

The same principle applies to chemotherapy.13 As noted by Hendricks, “Against some cancers, chemo can be up to five times less toxic to the patient and twice as effective against the cancer when delivered at the right hour.”

As reported by MedicalXpress,14 recent research has confirmed that eating earlier in the day provides added benefits, over and beyond the practice of only eating within a limited time window.

One study,15 published in the October 4, 2022, issue of Cell Metabolism, showed that even when everything else is equal, simply shifting the eating window by four hours, so that volunteers ate their meals later in the day (eating between 1 p.m. and 9 p.m. rather than 9 a.m. through 5 p.m.), doubled the likelihood of being hungry and increased fat accumulation. As noted in the abstract:

The Many Health Benefits of Intermittent Fasting

Remember, 95% of the US is metabolically inflexible and insulin resistant. For them TRE is an amazingly powerful strategy to regain metabolic flexibility. However, I recently learned from Dr. Ray Peat’s work, that if you are in the 5% of the population that is metabolically flexible and not insulin resistant, then TRE could be counterproductive. I now have extended my eating window to 8 to 10 hours and occasionally 12 hours in the summer.

In closing, a large and growing body of medical research supports the use of intermittent fasting strategies such as TRE. As noted by Hendricks:29

“Early time-restricted eating (eTRE), as the practice is known, has been declared safe in study after study, and scientists in the field now recommend nearly all adults eat in a narrowed window, starting an hour or two after waking and ideally closing 6 to 8 hours later, although windows up to 12 hours will deliver health benefits.

For those who wish to eat dinner at the normal time, scientists advise keeping it light and earlyish and stacking most of the day’s calories before mid-afternoon: breakfast like a king, lunch like a prince, dinner like a pauper … Scientists also say adolescents can safely practice a TRE of about 12 hours, but the verdict is still out for younger children …”

Fullerton Police Find 485 Grams of Methamphetamine in RV of Probationer 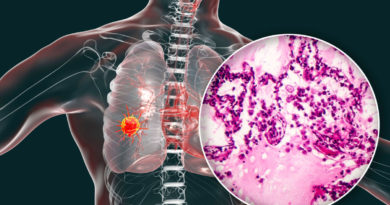