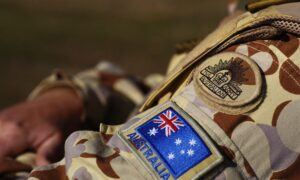 An Australian soldier has died suddenly in the Northern Territory, the Department of Defence has confirmed.

“It is with profound grief that the Australian Defence Force confirms the death of an Australian Army soldier in the Northern Territory on 25 March 2021,” a Defence spokesperson said in a statement.

The ABC has reported the soldier was 20 years old and that he died after collapsing during a training exercise in Darwin.

Defence is investigating the incident. Because the cause of death has not been determined, the spokesperson said it would not be appropriate to discuss the matter further.

“We extend our sincere condolences to the family and friends, and are providing ongoing welfare support at this difficult time,” the spokesperson said.

Defence will not release any further personal or service details about the soldier.

“Defence is also aware of the reported death of a former serving soldier on 12 March 2021. We extend our sincere condolences to his family and friends,” the spokesperson said. “As they were not a serving soldier at their time of death, Defence cannot investigate.”