Maybe you’ve never heard the word “autophagy” before. Or maybe you’ve been wondering for years what it means.

Autophagy, also called autophagocytosis, refers to a process in cellular biology that has sparked interest in recent years because of its implications for medical science and human health.

“Auto” means self in Greek. “Phagy” means to eat or to devour. So, “autophagy” is the act of eating one’s self. And this is exactly what cells do to keep healthy—especially when they are starving.

Each cell has organelles (cellular organs) called lysosomes that function like a stomach. They digest and break down cellular waste and invading viruses and bacteria. Different forms of autophagy make use of the lysosome’s digestive enzymes to break down cellular components at different scales.

At a crucial level, autophagy allows for the orderly recycling of cellular components, turning them into the building blocks for future cells.

Cells have a kind of life cycle or job cycle. At a given time, any cell in the body is focused on a specific task, explained Dr. Henry Ealy, a naturopathic physician based in Phoenix, Arizona, during a talk he gave at a recent healthcare conference in Sedona.

These cell activities include:

Autophagy, Dr. Ealy said, is the stage many cells don’t get into every day. That’s because the cells never have a break from tasks triggered when we eat food.

“The most important thing you can do every single day to make sure you are getting into autophagocytosis,” Dr. Ealy said, “is to be hungry.” Hunger, Ealy insisted, is a key strategy that helps the body heal.

You can think of cells like little factories, in a way. They take all the nutrients we eat and turn them into our body and the processes that drive our body. When we don’t eat, these little cellular factories have a chance to tidy up, replace broken machinery, and use up waste material. This is autophagy.

Why Do Cells Need Autophagy?

During autophagy, or autophagocytosis, the lysosomes increase a cell’s life span by breaking down and recycling cellular materials. This process also helps the cell balance its energy demands when it is stressed.

A Belgian biochemist, named Christian René de Duve, is credited as the person who invented the term autophagocytosis. De Duve was also the first scientist to show evidence that lysosomes are involved in this process. For his pioneering research (including that on lysosomes), he was honored with the Nobel Prize in Physiology or Medicine in 1974.

In fact, understanding autophagy was so important to medicine, that in 2016, the Nobel Prize was awarded to another pioneer in this field: Japanese molecular biologist Dr. Yoshinori Ohsumi.

Scientists have found evidence that there are at least three kinds of autophagic activity that take place within our cells and that each plays a slightly different role helping cells maintain themselves. Those are macroautophagy, microautophagy, and chaperone-mediated autophagy.

Macroautophagy: This is a process in which parts of the cytoplasm inside the cell are sequestered—basically encapsulated—and then delivered to lysosomes to be broken down.

During the first phase of this process a phagophore, or isolation membrane, is formed. Once the cellular material is sequestered, it fuses with the lysosomes. Then lysosomal enzymes degrade its contents, according to a 2008 explanatory article published in the journal Cell.

Microautophagy: In microautophagy, which a research review published in Cellular and Molecular Life Sciences, has described as “a lesser-known self-eating” process, components of the cell are engulfed directly by small autophagic tubes, also called invaginations, found in the lysosomal membrane.

This kind of autophagy is most often seen when cells are nitrogen deficient. According to these scientists, “microautogaphy is coordinated with and complements” other types of self-eating pathways.

Chaperone-Mediated Autophagy: This third kind of autophagy may be responsible for the degradation of 30 percent of cytosolic proteins when cells experience nutrient deprivation, according to a 2007 review article by the late Dr. James Dice, who was a professor of physiology and a specialist in aging and autophagy at Tufts University’s School of Medicine.

The cytosol, which is a component of cytoplasm, is the substance that fills the interior of the cell. Cytosolic proteins are involved in protein modification, mRNA degradation, and metabolism, among other functions. This kind of autophagy involves molecular chaperons, substances in the cytosol that undo proteins within the cytoplasm and usher them across the membrane of the lysosomes where the autophagy is completed.

Autophagy is particularly important during starvation scenarios when cells are in nutrient-poor environments and need cellular ingredients as building blocks and to support ATP production, according to a molecular biology research paper published in 2010.

ATP, if you remember back to Biology 101, stands for adenosine triphosphate. If our cells are little factories, ATP is the fuel they run on. This organic compound, which is found in all living organisms (including the most primitive unicellular beings), provides energy to living cells.

ATP consists of three components: adenine, ribose, and triphosphate. You can also think of ATP as molecular money—the currency that is needed to transfer energy from cell to cell. ATP is made by tiny organelles inside our cells called mitochondria that are considered “the powerhouses” of the cells.

Autophagy breaks cellular components down to  molecules, such as monosaccharides, fatty acids, and amino acids that can be used to produce ATP.

Given that it supports the production of more ATP, scientists have long believed that autophagy helps cells survive. While this appears to be true, autophagy also plays a key role in cell death by eliminating damaged organelles and protein aggregates, according to a team of scientists in Massachusetts, writing in the journal Perspectives in Biology in 2012.

“The modulation of autophagy plays dual roles in tumor suppression and promotion in many cancers,” wrote two Korean biochemists in a 2018 review article published in the peer-reviewed International Journal of Molecular Science.

Although autophagy can contribute to the resistance to anti-cancer agents, “autophagy is a promising potential therapeutic target in cancer treatment,” the authors concluded.

Because autophagy breaks down broken cellular parts and helps our cells rebuild with better ingredients, so to speak, it is a critical process when it comes to cellular damage, like that associated with spike proteins caused by the COVID-19 virus and the vaccines mandated in regards to it.

According to Dr. Ealy, because it jumpstarts autophagy, “hunger is healing.” He has observed that depriving the body of nutrients for a three-day water-only no-calorie fast can help resolve the symptoms of a variety of health conditions, Dr. Ealy said in his October 15 talk in Arizona.

Dr. Ealy gave the example of a patient who felt very sick after receiving the first Moderna shot. Five weeks later, she felt better. But after the second shot, which she was advised to get, her health “started going haywire.”

Her legs, arm, and wrists started to hurt. The joint pain was so bad that she found walking upstairs difficult. “I was having heart palpitations,” the patient recounted in a video interview Dr Healy played during his presentation. “I was really afraid I was going to die.”

She had bloodwork done by her general practitioner about a week after the second shot. Her doctor was concerned by the numbers.

This patient had been previously diagnosed with hypothyroidism (a pathologically slow thyroid). Even so, her thyroid stimulating hormone skyrocketed to abnormally high levels, even for her condition.

Her general practitioner advised that she report the side effects she experienced to the Centers for Disease Control and Prevention’s Vaccine Adverse Effects Reporting System.

“My suspicion was that the mRNA sequences were still viable and still producing spike protein,” Dr. Ealy said.

Although the CDC said that mRNA vaccines would not change human DNA, a recent study from researchers at Lund University in Sweden found the opposite: this in vitro study showed that vaccine mRNA was quickly taken into human liver cell line where the mRNA subsequently wrote itself onto the liver cell line DNA.

Dr. Ealy believed his patient’s symptoms, including the joint pain, muscle weakness, and heart palpitations, were because her body was still producing the SARS-CoV-2 spike proteins, coded by the vaccine mRNA.

“Fasting is the off-switch,” Dr. Ealy said. After studying cellular biochemistry, Dr. Ealy believes that a three-day water fast, which compels the cells to engage in autophagy, can help the body clear these spike proteins, whether they are from a SARS-CoV-2 infection itself or from an mRNA vaccine.

After the three-day fast, Dr. Ealy prescribed eleven days of targeted nutrients and enzymes to further help his patient break down any circulating spike protein, he explained.

It took this patient three cycles of fasting followed by nutritional healing before she started to feel better. But the results were startling. After those cycles when she had her blood redrawn, her doctor was astonished by how healthy her hormone levels were. They were so normal, in fact, that her doctor wondered if the protocol had reversed her autoimmune condition.

“Every time I did the three-day water fast, I always felt so good,” Dr. Ealy’s patient said.

Fasting isn’t something conventional practitioners and patients associate with well-being. And a three day water fast isn’t something that should be taken lightly and without medical supervision.

But when it comes to well-being on the cellular level, Dr. Ealy insists fasting—and inducing autophagy—is an important way to help the body heal.

Joe Wang, Ph.D., was a Molecular Biologist with more than 10 years of experience in the vaccine industry. He is now the president of New Tang Dynasty TV (Canada), and a columnist for the Epoch Times.

Central US Hit With Tornadoes and Winds up to 100 MPH, Bringing Severe Thunderstorms, Wildfires 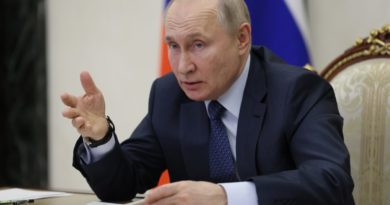