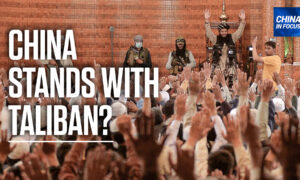 Beijing opposes current sanctions against the Taliban. The stance falls in line with the friendly relations between them—but each with their own selfish motives.

An eastern Chinese city has been under lockdown for nearly a month. Residents in some areas aren’t allowed to go out—even for food.

Military exercises seem to become an everyday routine in areas close to China, with the United States, Australia, Japan, and India hosting drills near the South China Sea while Beijing held recent exercises in Tibet—sending a message to neighboring India.

Dance Teacher Overjoyed to See Shen Yun for Her Birthday