President Biden continues to come under fire over the infamous prisoner swap of Viktor Bout for WNBA star Brittney Griner.

The 45th President took to Truth Social on Sunday, saying he had an opportunity to exchange Bout for Marine veteran Paul Whelan but turned down the offer. He added that he would not have made the deal for 100 people in exchange for someone that killed an untold numbers of people with his arms deal.

Former Secretary of State Mike Pompeo also criticized the Biden administration for the exchange, saying it sends the wrong message and it threatens National Security.

“Those who hold Americans in detention, see that if you take a celebrity, the chance of getting one of your bad guys back out of American control is greater,” Pompeo said. “I think for people out there of notoriety, it is more likely they will be taken hostage today, and that is not a good policy”.

Many took to social media using memes to mock the prisoner. Some people encouraged President Biden to read Trump’s book, “The Art of the Deal.”

It is all but certain that the Biden administration’s latest move will become a talking point for Republicans heading into the 2024 election cycle.

In the meantime, White House officials are planning a meeting on Monday to try and secure the release of Paul Whelan from Russia.

An official from the National Security council told CBS, the meeting is part of the Biden administration’s “continued work” on Whelan’s case and described it as routine. 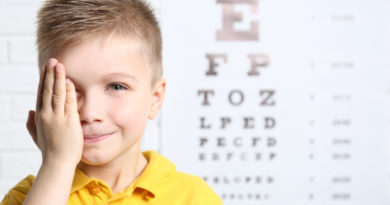 Autism Could Be Diagnosed With an Eye Exam