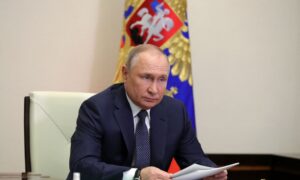 Ukraine takes back several cities, as the country’s president asks Australia for more help. What does he warn might happen?

Western officials say Putin is misinformed about the reality of the war in Ukraine, and a British agent says Russian soldiers are refusing to carry out orders.

A group of Russian programmers respond to the government’s ban of Instagram by releasing an alternative app. The app is in black and white, and it asks users to post sad photos.

Good Samaritan and Teen Driver He Tried to Save in Canal Identified as South Florida High School Students, Reports Say

Shen Yun’s Message Is Important to Save the Free World, Says Executive Director

Helping Hands, Spines of Steel, and Hearts of Gold: Our Invisible Lionhearts