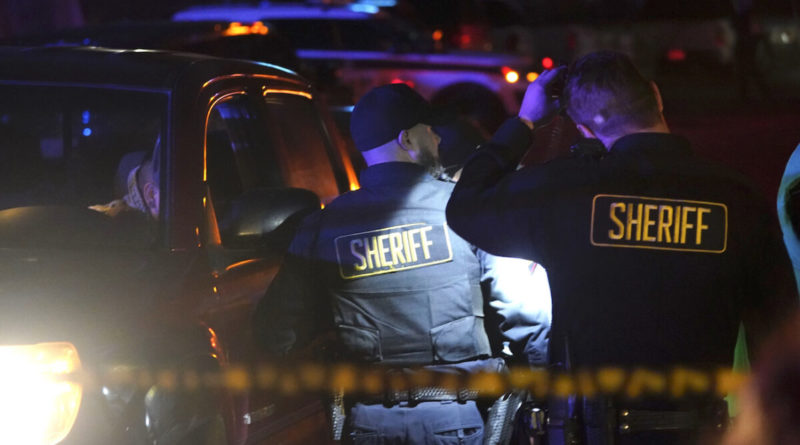 In Half Moon Bay, a coastal community south of San Francisco, seven people were killed in two related shootings on Jan. 23, according to police reports.

That evening, one person was killed and at least seven were injured during a shooting in Oakland.

Two days earlier, in the southern California city of Monterey Park, a gunman opened fire in a dance studio, killing 11 and wounding at least 10 more during a Lunar New Year celebration in the predominately Asian community east of downtown Los Angeles.

During her press briefing on Jan. 24, White House press secretary Karine Jean-Pierre said, “We have more than lives lost in mass shootings, after mass shootings. The flags at the White House were already at half-mast in honor of those murdered in Monterey Park when we learned of the shooting in Half Moon Bay.

“President Biden, like most Americans, believes that this is an urgent issue; that too many of our neighbors, colleagues, kids are losing their lives to gun violence,” Jean-Pierre added. “Over the last two decades more school-aged children have died from guns than on-duty police officers and active-duty military combined.”

In a meeting with Democratic legislators at the White House on Jan. 24, Biden announced that Vice President Kamala Harris will travel to California.

Harris formerly served as attorney general and the senator in California.

“Tomorrow I will visit Monterey Park to stand and mourn with the community,” Harris wrote on Twitter on Jan. 24. “Doug [her husband] and I continue to pray for healing and recovery for all those impacted.”

He encouraged lawmakers to pass a federal assault weapons ban that was signed into law in 1994, expired in 2004, and was reintroduced by Sen. Dianne Feinstein (D-Calif.) on Jan. 23.

The measure was included in a broader crime package called the Violent Crime Control and Law Enforcement Act of 1994, which was sponsored by Biden when he was in the Senate.

“Even as we await further details on these shootings, we know the scourge of gun violence across America requires stronger action,” Biden said in his statement.

“I once again urge both chambers of Congress to act quickly and deliver this Assault Weapons Ban to my desk, and take action to keep American communities, schools, workplaces, and homes safe.”

The gun control measure that Feinstein reintroduced on Jan. 23 with Connecticut Democrat senators Richard Blumenthal and Chris Murphy would raise the minimum age to buy an assault weapon from 18 to 21.

If passed and signed, the law would also prohibit the sale, manufacture or transfer of certain firearms, like AK and AR-style rifles while permitting owners to keep existing weapons. The measure includes exemptions for specific guns for household defense or recreational use.

“The constant stream of mass shootings [has] one common thread: They almost all involve assault weapons. It’s because these weapons were designed to kill as many people as quickly as possible,” Feinstein said in a Jan. 23 press release.

“It’s time we stand up to the gun lobby and remove these weapons of war from our streets, or at the very least keep them out of the hands of young people.”

“We passed the assault weapons ban in the House last year with bipartisan support, which was then blocked by Senate Republicans,” Cicilline wrote in a statement. “We need to come together to enact this commonsense, effective, and proven policy to reduce gun violence and save lives.”

With Republicans controlling the House, the proposed legislation is not expected to reach Biden’s desk.

California is known for stringent gun control laws. It has the seventh-lowest number of firearm deaths in the country, according to the Centers for Disease Control and Prevention.

Data from 2019 to 2021 show that California’s death rate from mass shootings was under the national average, the Public Policy Institute of California reported last year.

On Jan. 23, Biden addressed the Monterey Park shootings, referencing the Bipartisan Safer Communities Act that he signed in 2021.

“When I signed the Bipartisan Safer Communities Act—the first significant piece of gun safety legislation in nearly 30 years—I said that there was still work to be done to keep our communities safe and keep dangerous firearms out of dangerous hands,” Biden wrote in a statement.

“In the short time since, communities across America have been struck by tragedy after tragedy, including mass shootings from Colorado Springs to Monterey Park and daily acts of gun violence that do not make national headlines.”

Not long after Biden released the statement, reports emerged about the Half Moon Bay shootings.

“In the 10 years that the assault weapons ban was on the books, mass shootings went down,” Biden said. “After Republicans let the law expire in 2004 and those weapons were allowed to be sold again, mass shootings tripled.

“The majority of the American people agree with this common sense action,” Biden said. “There can be no greater responsibility than to do all we can to ensure the safety of our children, our communities, and our nation.”

U.S. Coast Guard seizes $1B worth of narcotics off the coast of Colombia