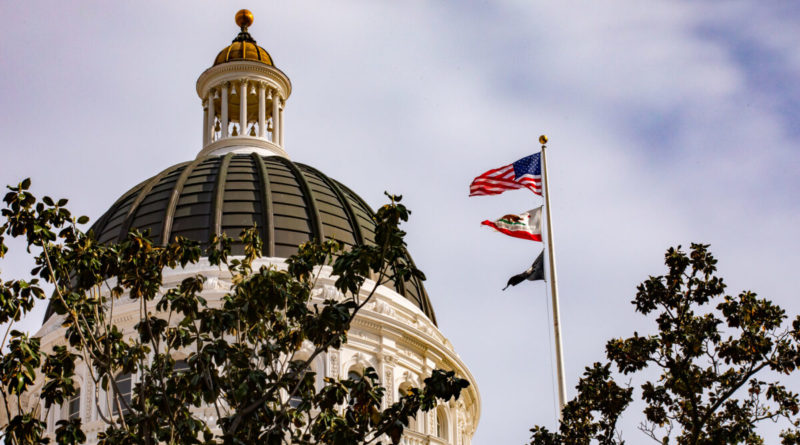 Earlier this year Gov. Gavin Newsom signed legislation that mandated California to become “carbon neutral,” by 2035. The plan set forth by the California Air Resources Board this week set that goal at 2045.

The board’s action aims to do so in part by reducing fossil fuel demand by 86 percent within that time frame.

Newsom has said drastic changes are needed for California to become a global climate leader.

“We are making history here in California,” Newsom said in a statement Thursday.

Board member Davina Hurt said she was proud California is moving toward its carbon neutrality goal.

“I’m glad that this plan is bold and aggressive,” she said.

The resource board’s plan relies heavily on the state’s ability to shift away from fossil fuel reliance and focus more on renewable energy sources.

Transitioning residential and commercial buildings to only use electricity is another goal the board highlighted. But critics have argued the state’s electric grid can’t sustain such without blackouts during the hot summer months.

The Western States Petroleum Association has disagreed with the resource board’s timeline.

The resource board’s plan “has acknowledged what dozens of studies have confirmed—that a complete phase-out of oil and gas is unrealistic,” said Catherine Reheis-Boyd, the group’s president, in a statement. “A plan that isn’t realistic isn’t really a plan at all.”

The board’s Chair Liane Randolph said during the meeting that achieving carbon neutrality would require an all-out effort.

“Ultimately, achieving carbon neutrality requires deploying all tools available to us to reduce emissions and store carbon,” she said.

Reducing greenhouse gasses emitted by gas-powered cars and trucks is another goal in the plan.

Earlier this year Newsom requested the resource board to approve large emission cuts for the airline industry. The state has also mandated the ban of all solely gasoline-powered sales by 2035 for new vehicles only.

The resource board’s plan adds on to former policies by seeking 20 percent of aviation fuel to come from hydrogen or electric sources by 2045. The plan also states a target of all “medium-duty vehicles,”—such as freight or semi-trucks—sold are zero emission by 2040.

One of the most controversial goals set forth by the board additionally calls for the state to capture and store 100 million metric tons of carbon dioxide by 2045.

According to scientists, underground storing of such can convert it into minerals. They say doing so will help remove greenhouse gasses from the atmosphere.

Critics have argued that carbon capture doesn’t pressure polluters enough, with emissions not really being reduced, but just stored away.

Connie Cho, an attorney for the environmental justice group Communities for a Better Environment, said the plan was monumental in reaching climate change goals and protecting public health.

“Our communities have been suffering from chronic disease and dying at disproportionate rates for far too long because of the legacy of environmental racism in this country,” Cho said.

But she criticized the carbon capture plans, arguing it leaves way for refineries to continue polluting.

The last portion of the plan focused on a 66 percent methane emission reduction by 2045. Cattle are one of the main producers of methane, which scientists say is allegedly potent and attributed to climate change.

The plan also calls for less fossil fuel reliance in the agricultural sector.

The Associated Press contributed to this report