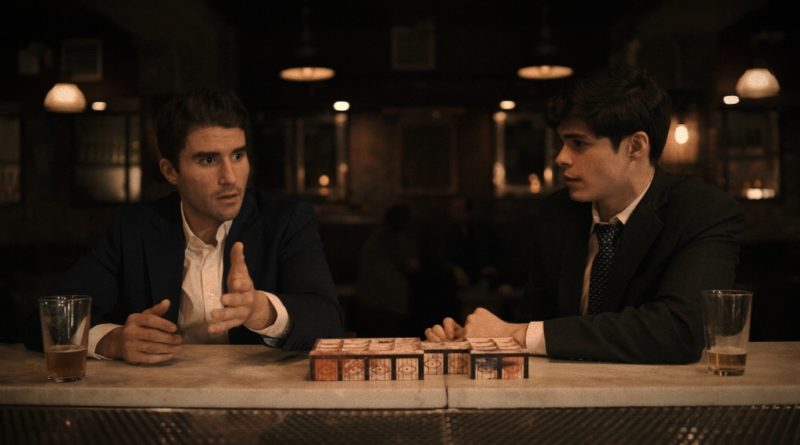 Of the many branches of comedy, satire, parody, and lampoon are the only ones which require the audience to have a rudimentary understanding of the subject matter going in. Farce or slapstick, and situational, observational, dark or  blue humor, and even knock-knock jokes succeed or fail on their own merit. Satire, parody, and lampoon require informed viewers that don’t like or need to be spoon-fed.

Marketed (quite accurately) by its distributor as “Dr. Strangelove” meets “Rosencrantz and Guildenstern Are Dead,” “Dragon Eats Eagle” (DEE) tackles two of the three most discussed, debated, divisive, and polarizing U.S.-based news events of this century.

Presented in mockumentary, extended-skit style, “DEE” is comprised of four subplots which connects the dots between the history of COVID-19 and the 2020 presidential election and does so without ever mentioning either issue, or any high-profile non-fictional depicted character, by name.

Written, directed, and produced by Noah Marks (“Heir,” “My Frequency”), “DEE” walks a razor-thin line between barbed dada absurdum and pointed, clear-eyed commentary on power, paranoia, class warfare, and many of life’s inevitabilities. It’s not a coincidence that the subtitle on the opening title card reads: “A Game of Death & Taxes.”

The movie opens in earnest with Tucker (Harrison Marx) and Ralph (Charlie Ferrera) pounding down drinks at a bar while playing the “Royal Game of Ur.” A board game slightly resembling a hopscotch frame, it is played with black four-sided die and dates back to 2600 B.C., which is about how long this particular match has lasted.

Suggesting they’ve been around since the dawn of man, Tucker and Ralph provide narration, act as Greek Chorus, and deliver messages between parties that can’t afford to be seen communicating directly.

In the first five minutes, the pair delivers the history of fascism, the insanity of the New York City tax rate, the Monroe Doctrine, the escalating U.S. obesity rate, and how our country as a whole is nothing more than a “blood bank for vampires.” Marks keeps up this pace for the duration and if this opening salvo hooks you, you’re in for a real treat.

A third principal is then introduced: A woman identified as “Madame Evergreen” (Kathy Richter), a bottle blonde who dresses and speaks a great deal like Bill Clinton’s wife.

It’s Nov. 16, 2016 and Evergreen is in China trying to explain to the CCP’s second-in-command the unexpected result of the recent election, and how it can’t be allowed to happen again. He suggests deflection by releasing a just-discovered virus in the hopes it will raise fear to unheard-of levels and derail any progress made by a man referred to only as “the president” (Brett Marks), who is only seen from behind and sounds like Donald Trump.

Noah Marks also appears as Rich Jonsie, an alleged conspiracy-theory-spouting radio and TV host, who often speaks like Yoda or Shakespearean characters, and is clearly modeled after Alex Jones.

Back at the House of Beavers (a pseudonym for the DNC), Evergreen and her brain trust are trying to figure out what to do next and it is determined that Tucker and Ralph are to deliver a proposal to Dr. Tony Fiasco (Ed Altman), to gauge the “do-ability” of their plan and, needless to say, he loves it. He’s also quite confident he can get the legacy, broadcast, print and social media outlets to blow everything completely out of proportion.

While it’s very clear that Marks is directing the bulk of his ire at the left, no one gets off scot-free. The president character is painted as a man who is overly concerned with his wardrobe, but it is never mentioned or implied that his policies are unsound.

It is, however, heavily suggested Marks believes the entire political system is designed to keep business broken, which is why a man with vast private enterprise experience would be so successful and, thus, pose an immediate and lasting threat to the status quo.

His comparisons to organized religion and world politics are staggeringly accurate, and that the mission of the current reigning class is to fatigue the population with non-truths until they’re too worn out to complain. Everything is orchestrated to propel the death of individualism.

Throughout the movie, Marks weaves in 1950s-era black and white news reels, PSAs, and cartoons to underscore just how long this dismantling of society has been fermenting. Only about half of these work, and had Marks excised them entirely, his final cut would have been even stronger.

As of this writing (two days before release), Rotten Tomatoes has yet to acknowledge “DEE” even exists. That’s enough to prove too many people in positions of power are scared stiff of this movie.

Originally from Washington, D.C., Michael Clark has provided film content to over 30 print and online media outlets. He co-founded the Atlanta Film Critics Circle in 2017 and is a weekly contributor to the Shannon Burke Show on FloridaManRadio.com. Since 1995, Mr. Clark has written over 4,000 movie reviews and film-related articles. He favors dark comedy, thrillers, and documentaries.

Investing in Our Oceans 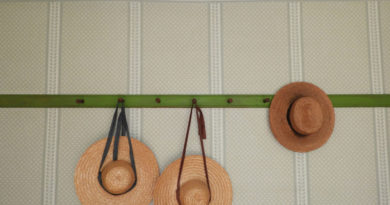