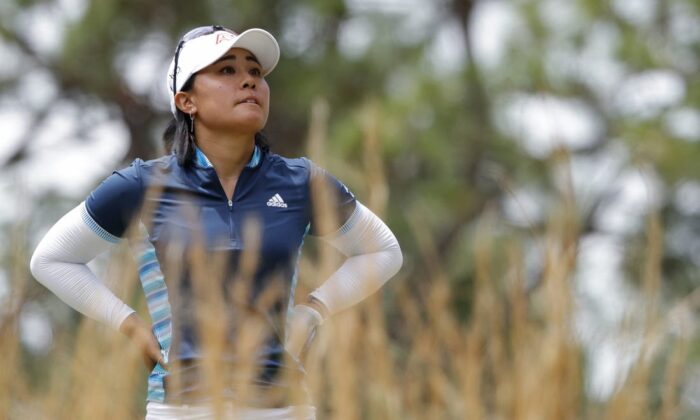 Danielle Kang reacts after hitting a tee shot on the fifth hole during the second round of the U.S. Women’s Open at Southern Pines, NC, Jun 3, 2022. (Geoff Burke-USA Today)

Danielle Kang will make her return to the LPGA Tour later this month at the CP Women’s Open in Ottawa, Canada.

The 29-year-old American star has not played since revealing at the U.S. Women’s Open in early June that she had a tumor on her spine. She endured back pain for several months before receiving the diagnosis.

“I know you missed us…See you at the @cpwomensopen in two weeks,” Kang posted Tuesday on Instagram.

The CP Women’s Open begins Aug. 25 at the Ottawa Hunt and Golf Club.

Kang made the cut at the U.S. Women’s Open and tied for 63rd place. She returned home to Nevada afterward for further testing.

She is a six-time winner on the LPGA Tour, including her only major at the 2017 Women’s PGA Championship, and most recently won the Tournament of Champions at Orlando, Fla., in January.

Sports Drinks Are Neither Safe Nor Effective