Anyone who is or ever has been in a committed, long-term, romantic relationship will be able to relate to the events taking place in “Get Away if You Can” (GAIYC).

After a time, partners start to, not so much drift apart, but rather, become bored, complacent, or find themselves in a rut. One or both might be growing weary of their day-to-day routine but are still committed to each other and will do practically anything to bring back the spark.

In the case of Domi (Dominique Braun) and TJ (Terrence Martin), their escalating funk is compounded by his well-to-do father Alan (Ed Harris) and his lapdog, paper-pushing brother Graham (Riley Smith). They insist TJ sever all ties with her.

They believe Domi is little more than a failed and tortured artist, who views TJ as a mere meal-ticket, and they even go so far as to concoct a scheme they dub “Operation Dismiss Domi” to ensure they succeed.

Dad’s Not a People Person

A former naval officer, Alan made his fortune in boat-based shipping and is not what you’d call a “people person.” He’s a misogynist, sexist blowhard who views women as nothing but users, breeders, and play things.

In one scene, he speaks of TJ and Graham’s mother in a most ill and unflattering light. It’s never made clear if Alan and this unnamed woman are still married, divorced, or if she is deceased, and it really doesn’t matter. He’s a loathsome and petty man.

The polar opposite of Alan arrives in the form of Marina (Martina Gusman), Domi’s sister and the owner of a horse farm in Argentina. Even with the spare dialogue exchanged by the siblings, we get the impression Martina has been Domi’s emotional and spiritual safe harbor for a long stretch. She doesn’t want Domi to stay with TJ (and by proxy his family), but supports her decision to do so.

Presented out-of-sequence, “GAIYC” opens with TJ and Domi on a fairly large sailboat in the southeastern Pacific Ocean heading towards Easter Island off of the coast of Chile. At first, it appears as if Alan and Graham’s plan might be working.

There’s an undeniable chill in the air, and try as she might, Domi can’t get TJ to relax or loosen up. His stoic silence extends to him withholding physical affection and bumping her while on deck and knocking her into the water.

It should be mentioned that the latter incident might be a dream sequence, but nonetheless it paints a vivid picture of the emotional chasm between the two.

One Ship, One Captain

Alan told TJ, “There’s only one captain on a ship” and the latter makes it clear to Domi that he is not going to make any changes to his plan; not exactly the approach to take with someone you’re trying to win back.

Clearly frustrated and mentally drained, Domi is still able to convince TJ to drop anchor for the night near what he identifies as “The Island of Despair,” a place with bad juju (hence the name), which supposedly provided the inspiration for the 1719 Daniel Defoe novel “Robinson Crusoe.” This theory holds a lot of weight as there is an actual Robinson Crusoe Island located in the Pacific near Chile.

At this point we’re about halfway through the streamlined 78-minute film and, unless you’re clairvoyant, you will have no idea where it is ultimately headed.

In addition to playing the leads, Braun and Martin wrote, directed, and produced “GAIYC” and are (not surprisingly) real-life romantic partners. Although it is Martin’s second stint wearing multiple hats (he wrote and directed “The Donner Party” from 2009), it is Braun’s first, but you can’t detect an iota of hesitation or uncertainty.

The scenes featuring Harris, Gusman, and Smith (all of them in flashback) make up less than 25 percent of the total running time, leaving Braun and Martin to effectively carry the narrative on their own for the duration.

Chamber Piece in the Great Outdoors

The chronological final 30 minutes of the movie is a de facto chamber piece, albeit one taking place outdoors with the leads often not seen in the same frame. It was a bold and dicey move for the filmmakers to take so many narrative gambles while operating in what is already a minimalist type of production. It could have resulted in something cold, distant, static, and yawn-inducing but it never does.

In addition to the getting-into-a-rut scenario mentioned at the top of this review, how many of us, coupled or not, regularly find ourselves literally and figuratively overwhelmed and stressed out by the daily bombardment of news, devices, job stress, and life in general in our modern, over-stimulated age? In varying degrees, we would all love to “get away” from it all if we could, but probably only in limited doses and as long as it was in a place with a good Wi-Fi signal and a decent pastry shop.

Although their trip to get there is tumultuous and often contentious, Domi and TJ get a taste of life we all fantasize about and vicariously envy but would likely never have enough nerve, commitment, or bravery to actually execute.

“GAIYC” isn’t a fantasy. Everything that takes place in it is plausible and do-able, and therefore it is realistically fantastical. It will force you to judge how far you would go and how much you would really give up if afforded the chance. 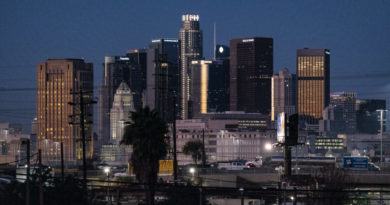