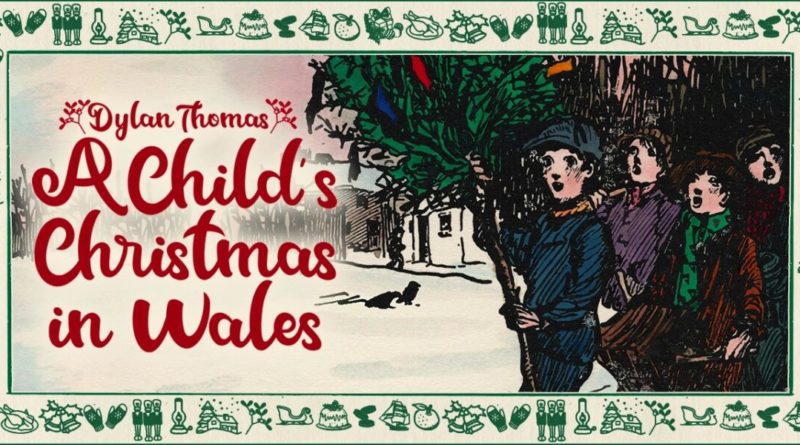 
NEW YORK—When one enters the mainstage theater of New York’s Irish Repertory Theatre, one is pleasantly startled by the presence of numerous silvery-white Christmas trees adorning the stage.

Welsh poet Dylan Thomas’s story is based on his own life experience, as a young boy in Wales. But it can be extrapolated to apply to any young person living in a semirural setting.

Director-adaptor Charlotte Moore has made judicious changes and has added music to the mix, with several songs written by her. For instance, there’s her “Take My hand, Tomorrow’s Christmas.”

Arguably, the high point of the text is the telling of what happens on Christmas day. It’s attended by numerous aunts and uncles. After a sumptuous feast, all retire to the living room, where the uncles smoke their pipes heartily; the decorous aunts take a touch of wine—very mild wine, of course.

Then one of the aunts saunters out to the backyard, wine glass in hand, and somewhat tipsily sings out her joy to anyone or anything that may be listening.

One particularly delightful element is the poem “Miss Fogarty’s Christmas Cake,” here set to music by C. Frank Horn. All the neighbors feel they must attend her doings annually, in spite of her cake being dizzily overladen with all the sweets and fruits she can muster. They feel they might die from it, but they remain loyal to the tradition.

Traditional songs include “All through the Night,” “God Rest the Merry Gentlemen,” and “Deck the Hall,” plus, of course, numerous original works.

The show has sentiment, and more than a little sentimentality. But why not? It’s Christmas, and this performance makes a terrific way to spend an evening or afternoon.

Diana Barth writes for various theatrical publications and for New Millennium. She may be contacted at diabarth99@gmail.com