“We got here because we got a combination of things happening,” said El-Erian. “All these things came together and are now feeding this inflation. The price of nearly everything is going up and making us feel really insecure.”

This comes after inflation hit 8.6 percent in May, the highest since December of 1981. El-Erian said their was hope it would be temporary and inflation was partially avoidable, but argued the federal reserve mischaracterized the issue and fell behind.

More US data disappointments today:
Consumer sentiment, per the University of Michigan’s measure, fell by 8 points — more than expected and to its lowest level since the index started in 1952.
Also worrisome, long-term #inflation expectations rose to 3.3%, the highest since 2008

“I look at what’s happening in the stock and bond markets,” voiced Summers. “I look at where consumer sentiment is. I think their is certainly a risk of recession in the next year. I think given where we’ve gotten to, it’s more likely than not that we’ll have a recession within the next two years.”

However, even the usual Biden critic took a jab at the GOP, claiming so-called “Banana Republicans” who allegedly fanned the flame of the Jan. 6 protests, are partly at fault for the nation’s economic crisis. 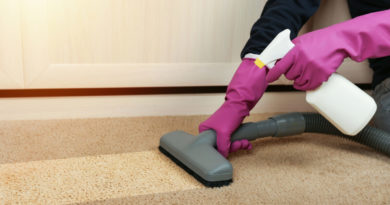 What Are Some Holiday Cleanup Jobs?