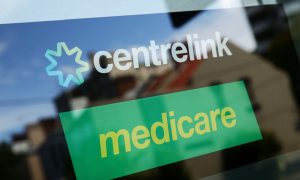 Economists are going to be watching how the economy develops in the coming weeks and months following the end of a major support package that steered the economy through the COVID-19 recession.

The JobKeeper wage subsidy officially ended on Sunday, potentially leaving up to 150,000 people without a job, according to Treasury.

There is great uncertainty as to whether the economic rebound from the recession so far has enough momentum to absorb these potential job losses, or whether it will bring the steady decline in the jobless rate to an abrupt halt.

“Labour market indicators will be potentially hot property for the local market in coming weeks and months as the economy traverses the end of JobKeeper,” National Australia Bank economists said in their morning note to clients.

About one million people were still on JobKeeper as of January, after 2.7 million people and 680,000 businesses had transited off the subsidy since it was introduced a year ago at the height of the COVID-19 pandemic.

Shadow treasurer Jim Chalmers is concerned the government has pulled the plug on JobKeeper too soon.

“For too many Australians the end of JobKeeper means the end of their job,”  Chalmers told the ABC. “Today is a very difficult day for a lot of employers and a lot of workers trying to make decisions about what the future might hold.”

“That has been our track record to date and that is what we will do into the future,” he told Sky News. “We will continue to monitor what is occurring across the economy very closely and then we’ll respond.”

The end of JobKeeper comes just days ahead of the end of the coronavirus supplement for people on the JobSeeker dole payment.

While the base for this benefit has seen its first increase in decades to $44 a day from $40, it means someone coming off JobKeeper without work will see their support shrink from $500 a week to just over $300 a week on JobSeeker.

Social Services Minister Anne Ruston does not agree that this would leave people below the poverty line.

She said the government has multiple other supports that are in place that could help people, whether it be assisting them with their rent or making sure they get the proper tax benefit they should.

“This will be a business-led recovery and the most important thing we can do as a government is to make sure those businesses are strong, so they are able to create the jobs, so that people don’t stay on payment.”

Time to Worry Yet About the Debt?; Critical Race Theory Creeps Into Classrooms; ‘Roe v. Wade’ the Movie

The Silken Spirit of Greece: Metaxa