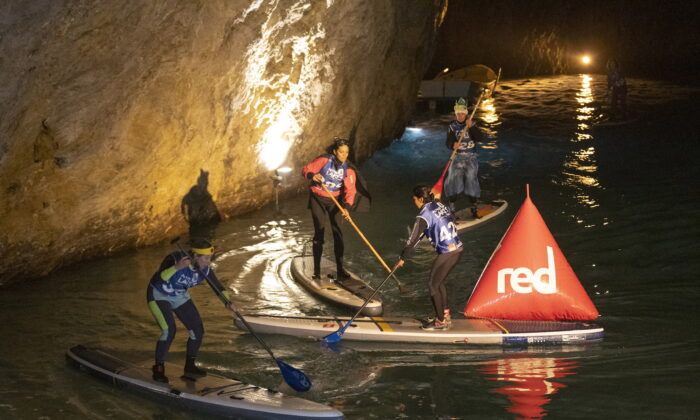 Competitors paddle during the BAT race, a Stand Up Paddle (SUP) race of the Alpine Lakes Tour, on Europe’s biggest underground lake, in St-Leonard near Sion, Switzerland, on March 12, 2022. (Denis Balibouse/Reuters)

ST-LEONARD, Switzerland—Competition at stand up paddle board events is fierce given the sport’s rising popularity, but competing on Europe’s biggest underground lake adds another level of difficulty.

Some 60 athletes took part in Saturday’s BAT Race at St-Leonard in Switzerland as part of the seven-stage Alpine Lakes Tour.

Paddlers compete on the 300 meters (984 feet) long underground lake on a course illuminated by lights, making it a special leg of the tour for athletes.

“Even if it is lit, it is dark and doing a sport like that we soon realize that we lack oxygen, we struggle to breath. But mainly it is for fun,” said organizer Benoit Mouren.

“To realize that you are paddling underground. This is the only race in the world like that, and people like that originality.”

Competitor Didier Maximilien said: “On the sea we have an open sky, here we are in the cave. But it is a magnificent. The setting is wonderful. It is magical.” 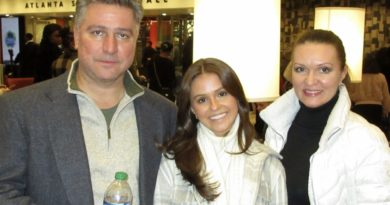