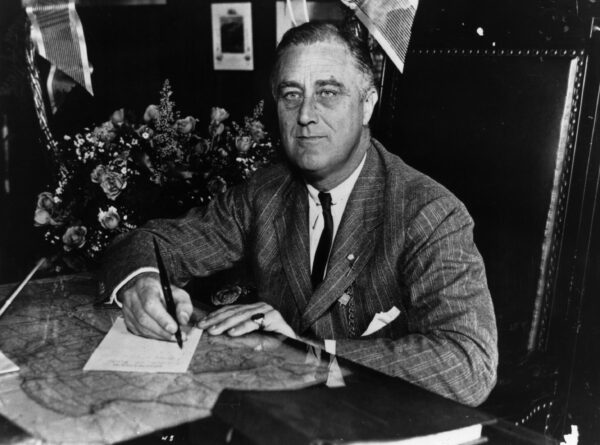 
I have long admired the writing and fastidious research of historian David Pietrusza, but “Roosevelt Sweeps Nation: FDR’s 1936 Landslide and the Triumph of the Liberal Ideal” is his magnum opus, at least to date.

Much more so than other Franklin D. Roosevelt (FDR) biographies, Pietrusza’s incredible enquiries and presentations of dialogue from the mid-1930s bring readers into America’s salons and streets, White House corridors and quarters, and Roosevelt’s homes in New York City and in the Hudson valley to the north. One truly gets a sense of the epoch and the ebbs-and-flows of the 1936 presidential campaign.

Somehow, FDR managed to keep liberals and leftists on board his campaign, while corralling deep-South segregationists in his camp as well. Pietrusza provides windows into the views of racist characters like Louisiana U.S. Senator Huey Long, and the anti-Semitic attitudes of national radio preacher Father Charles Coughlin, among others.

The incumbent vice president, John Nance Garner, of Uvalde, Texas, was FDR’s running mate again. He had been Speaker of the House prior to his 1933 inauguration as veep. As a state legislator, Garner had voted to install a “poll tax,” widely seen as discouraging suffrage among African-Americans.

Perhaps owing to his Polish-American, anti-Communist roots, Pietrusza focuses more on far-left efforts during the 1936 campaign than do other historians. He explains that socialist Norman Thomas, though past his peak of popularity, was still having an impact. In fact, Eleanor Roosevelt remarked that she would have voted for Mr. Thomas in 1932, but for her marriage to Franklin!

Even the Moscow-directed Communist Party USA was a factor. Though posting only about 79,000 votes (compared with 188,000 for socialist Thomas), presidential nominee Earl Browder filled indoor arenas in various cities, where his rhetorical vitriol was reserved more for Republican Alf Landon than for Roosevelt.

Kansas Governor Landon emerged to be a lackluster campaigner as the Republicans’ nominee. A “progressive” Republican, Landon favored many New Deal initiatives, but suggested that he could rid them of waste and inefficiency. A less-than-inspiring speaker, he was slow in joining the campaign trail.  Pietrusza observed that “Had Leni Riefenstall filmed this (Alf Landon) rally, she would have titled her production ‘Triumph of the Dull.’”

In contrast, though mostly confined to a wheelchair, FDR crisscrossed the nation en route to his 46-state, 523-to-8 Electoral College landslide victory. Ultimately, Franklin Roosevelt garnered 61 percent of the popular vote, versus Landon’s 37 percent, with 2 percent going to independent William Lemke, the North Dakota Congressman.

But with political polling in its infancy, an FDR victory was hardly an unanimous forecast. In July, the Gallup organization predicted a Landon edge in a close election. The Literary Digest had correctly predicted the results of each presidential election from 1916 through 1932. However, in January 1936, only an underwhelming 38 percent of the 1.7 million respondents supported the “acts and policies of the Roosevelt New Deal.” On Halloween, the Digest forecast a 57-37 percent victory for Landon! However, Fortune magazine’s Roper poll predicted a Roosevelt landslide in nearly the precise vote percentages that actually occurred on Nov. 4.

Pietrusza elucidates an electoral shift underway, with black voters swinging from Republicans to supporting Roosevelt and his New Deal. Still, being a visible supporter of the GOP was accepted in the black community.   Olympic Gold medalist Jesse Owens, an African-American icon based on his summer track victories in Berlin, openly campaigned for Alf Landon. FDR countered with future heavyweight champ Joe Louis.

The author captures FDR’s charisma well, including references to the women in the president’s orbit. His persuasive powers were legendary. During one meeting, the president roared with laughter during the conversation. Later, FDR aide Missy LeHand advised that was his “public laugh.” Presumably, his laugh around senior aides and family was more restrained.

There are numerous parallels between the 1936 presidential campaign and those conducted in the 21st century, Pietrusza catalogs. The familiar modern tactic of waging “class warfare,” pitting lower and middle income people against the more prosperous, was honed successfully by FDR. Perhaps the publicity garnered by socialist, communist, and radical populist campaigns (such as Huey Long’s “Share Our Wealth” scheme and Francis Townsend’s fiscally-untenable old-age pension plan) in 1935 and ‘36 influenced the president to shore up his left flank, mouthing a softer version of Marxist “critical theory.”

The national media of the 1930s never focused on FDR’s reliance on wheelchairs, braces and crutches, concentrating on his irrepressible smile and his confident speechmaking. There was no coverage of the president’s omnipresent female assistants.

This sprawling, colorful depiction of Franklin Roosevelt’s first re-election drive presents the initial real campaign of the modern age. With the rapid penetration of radio into most homes, the medium was a gift for a president to showcase his oratory, reassuring nervous Americans, often with real-world analogies.

The impending power of television may be fodder for David Pietrusza’s future books on presidential campaigns.

Herbert W. Stupp is the editor of Gipperten.com. He served in the presidential administrations of Ronald Reagan and George H.W. Bush, and as a NYC Commissioner in Mayor Giuliani’s administration, 1994-2002.  Early in his career, Stupp won an Emmy award for “best editorials” in the NYC television market. 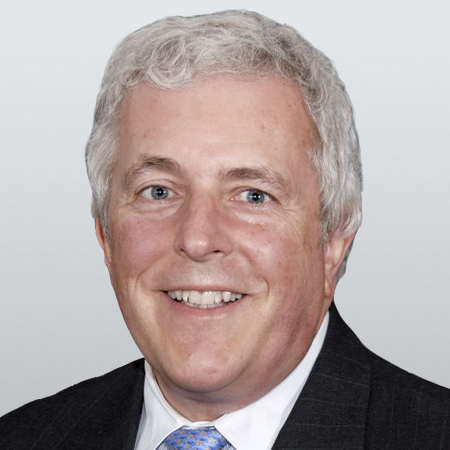 Herbert W. Stupp is the editor of Gipperten.com and served in the presidential administrations of Ronald Reagan and George H.W. Bush. Stupp was also a commissioner in the cabinet of NYC Mayor Rudy Giuliani. Early in his career, he won an Emmy award for television editorials. 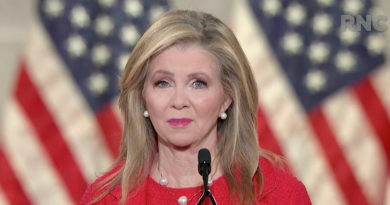