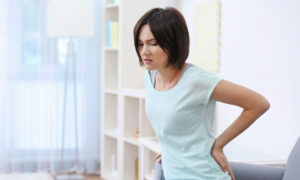 Healthy human kidneys filter more than 30 gallons of blood each day on average, efficiently removing extra fluid and harmful toxins from the body. If injured, the kidneys have a remarkable capacity for repair. And, yet, in more than one in seven U.S. adults, including disproportionately people with diabetes and hypertension, the daily wear and tear on these vital organs has passed a “tipping point” toward irreparable damage and the onset of chronic kidney disease (CKD) [1].

Defining this tipping point has been a major challenge for a variety of technical reasons. But in a study just published in the journal Science Translational Medicine, researchers have discovered a molecular switch involved in controlling the transition from normal tissue repair to incomplete, or permanent, damage [2]. The NIH-supported researchers also suggest a possible drug candidate to control this switch and slow the progression of CKD.

Also impressive is that the team broke through these longstanding technical problems without probing or testing a single person with CKD. They made their discovery using kidney organoids, or miniature human kidneys, that are grown in a lab dish and naturally model the repair process that takes place in our bodies.

The latest findings come from a team led by Ryuji Morizane, Massachusetts General Hospital and Harvard Medical School, Boston. The researchers recognized that earlier studies in animal models had identified processes involved in kidney injury and repair. But so far, there’s been limited success in translating those discoveries into clinical advances. That’s because many potential treatments that have appeared safe and effective in animal models have proven to be either damaging to the kidneys or ineffective when studied in humans.

To continue the search, the Morizane lab generated human kidney organoids from induced pluripotent stem cells (iPSCs) and other sources that include multiple essential renal tissue types. Using their tiny human kidneys, Morizane and colleagues, including first author Navin Gupta, sought the molecules responsible for the transition from complete to incomplete kidney repair.

The team repeatedly exposed kidney organoids to the cancer chemotherapy drug cisplatin, which can damage the kidneys as an unwanted side effect. Afterwards, examining single cells from the organoid, the researchers looked for underlying changes in gene activity associated with the transition from kidney repair to permanent kidney damage.

All told, their studies identified 159 genes in 29 different pathways that activate when kidneys fully repaired themselves. They found that many of those genes, including two called FANCD2 and RAD51, grew less active as kidney damage became irreversible. These genes encode proteins that are known to play a role in a process whereby cells repair broken strands of DNA.

Further study of stored biopsied kidney tissue from people with diabetic kidney disease, the most common cause of kidney failure, corroborated the organoid data tying a loss of FANCD2 activity to incomplete repair of kidney tissue. That’s encouraging because it suggests the new discoveries made in kidney organoids exposed to cisplatin may be relevant to people suffering from various forms of kidney injury.

One of the big advantages of organoid studies is the ability to rapidly screen for promising new drug candidates in the lab. And, indeed, the researchers found that a drug candidate called SCR7 helped to maintain FANCD2 and RAD51 activity in chemotherapy-injured organoids, preventing irreversible damage.

While much more study is needed, the findings suggest a potentially promising new way to prevent the kidneys from reaching their “tipping point” into permanent damage, CKD, and the risk for kidney failure. They also suggest that further studies in kidney organoids may lead to treatments targeting other kidney diseases.

These latest findings also highlight important progress in human tissue engineering, with implications for a wide range of conditions. In addition to making fundamental new biomedical discoveries as this new study has done, one of the great hopes of such efforts, including NIH’s National Center for Advancing Translational Sciences’ Tissue Chip for Drug Screening, is to improve predictions of whether new drug candidates will be safe or toxic in humans, speeding advances toward the most promising new therapies.

March happens to be National Kidney Month, and it’s especially important to raise awareness because 90 percent of people with CKD don’t even know they have it. So, if you or a loved one is at risk for CKD, be vigilant. Meanwhile, the work continues through studies like this one to find better leads to help control CKD.

[1] Chronic kidney disease in the United States, 2021. Centers for Disease Control and Prevention.

UK Announces Plans to Crack Down on Climate Protests

Dodgers Advance Over the Giants in Ninth Inning Dramatics