A former UCLA gynecologist is found guilty of sexual abuse.

On Thursday, a California jury convicted 65-year-old James Heaps of three counts of sexual battery and two counts of sexual penetration of an unconscious person. The jury also acquitted Heaps of seven charges related to alleged sexual abuse. However, the jury failed to reach a verdict on five other counts.

Heaps was indicted on 21-counts of various forms of sexual abuse last year. The development drew national scrutiny to UCLA and lead to hundreds of other accusers coming forward.

Attorney Darren Kavinoky made a statement after the conviction.

“Today justice has been served,” Kavinoky said. “James Heaps is now a convicted felon, a convicted sex offender. While nothing can give these women back what they lost as a result of this case or reverse the trauma that Doctor Heaps inflicted, this conviction holds him accountable for his horrific actions and is a victory for us all.”

Since Heaps’s arrest in 2019, UCLA has paid nearly $700 million in settlement payouts to hundreds of Heaps’s patients. He is facing up to 28-years behind bars and is scheduled to be sentenced on November 17th.

Detroit Couple, Both Aged 94, Share Their Secret to 75 Years of Wedded Bliss 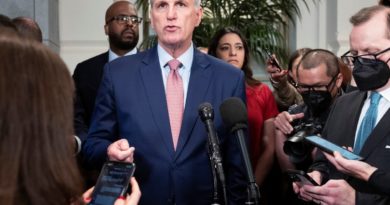 McCarthy Opposition Not an Extension of MAGA Movement: Gingrich