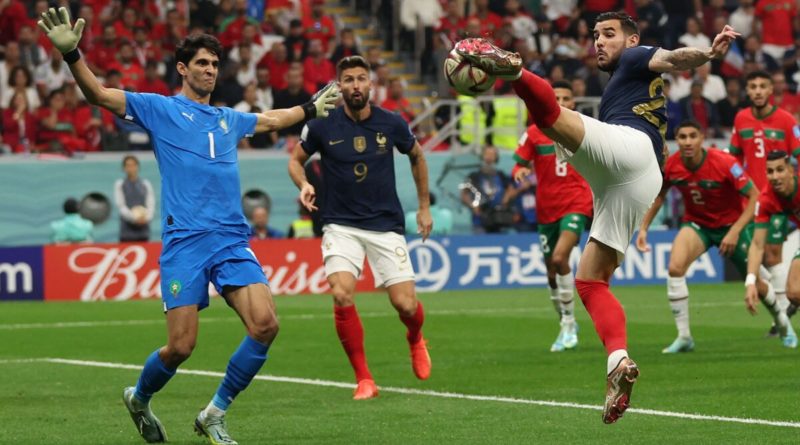 The goals came off of deflected shots from Frenchman forward Kylian Mbappe—leading to goals from Theo Hernández in the fifth minute and Randal Kolo Muani in the 79th.

Morocco’s last defeat was to the young United States squad in June. They became the first African team to win their group, which included highly-ranked Croatia and Belgium, and reached the semi-finals by defeating Spain and Portugal in the knock-out rounds.

France has been unable to keep a “clean sheet,” or shut-out, in the past six games. The difference in this game was goalie Hugo Lloris was able to make two saves, compared to none for Morocco’s Yassine Bounou, as the French defense held off the Moroccans—who had 61 percent of the possession.

Les Bleus had a one shot advantage 14 to 13, while both sides had three shots on goal.

In the fifth minute, the French had possession and attacked the right side of box. Mbappe’s shot was blocked, bouncing to the left side of the goal, as Hernández made a flying left-footed volley below the outstretched arms of Bounou for a 1–0 lead.

Hernández is the left wing-defender who replaced his brother in the opener against Australia as Lucas Hernández tore his ACL.

France has had 11 consecutive victories when scoring first.

Morocco nearly scored in the tenth minute with Azzedine Ounahi’s right footed shot from the top of the box, forcing Lloris into a diving left-handed save to the right of the goal.

Olivier Giroud nearly scored France’s second goal on a counter-attack in the 17th minute as he blasted a left-footed shot that struck the outside of the left post.

Moroccan captain Romain Saiss was replaced in the 21st minute for a lingering hamstring injury from the previous match against Portugal.

In the 35th minute, another counter-attack found Mbappe down the left flank for a shot in the box that was cleared into Giroud—whose shot went wide left of the goal.

Morocco applied heavy pressure late in the half nearly breaking the French desperate defense. In the 44th minute, Jawad El Yamiq nearly scored on a “bicycle kick” off of a deflection from a corner kick. Lloris made another diving save, getting his fingertips to deflect the shot into hitting the left goal-post.

Mpabbe made several dangerous runs to open the second half before a barrage of attacks from Morocco—and he appeared to re-aggrevate a left ankle injury following a hard tackle in the 51st minute.

France would regain momentum as substitute Marcus Thuram entered for Giroud in the 66th minute providing fresh legs on several attacks down the left. Thuram gained a free kick and missed the resulting header in the 72nd minute.

Seconds after entering the match, Kolo Muani scored France’s decisive second goal in the 80th minute from another deflected Mbappe shot—tapping in ahead of the defense at the top right near the goal.

French coach Didier Deschamps won the World Cup as a player in 1998 and hopes to repeat the win as manager in the finals against Lionel Messi and Argentina.

Mbappe and Messi are tied with five goals each for the lead in the Golden Boot award for the most goals.

Les Bleus will play Sunday in their fourth final game out of the last seven World Cups—kick-off is at 9 a.m. ET and 6 a.m. PT.

Morocco will face Croatia in the consolation match for third place on Saturday at Khalifa International Stadium. 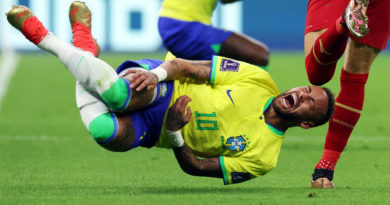 Biden refuses to push back Aug. 31 deadline despite G7 pressure