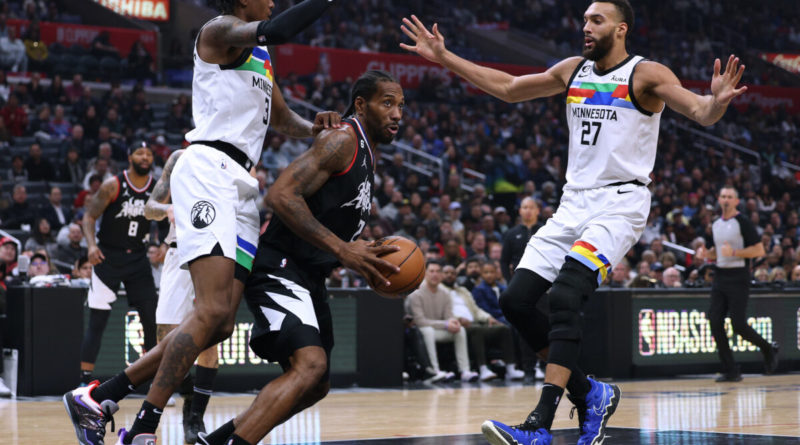 Coming off a 20-point victory over the NBA-leading Boston Celtics on Monday, the Clippers started out cold. They missed 13 of their first 15 shots and it wasn’t until the third that they shot over 30% from the floor.

Anthony Edwards led Minnesota with 19 points while in foul trouble. Rudy Gobert had 11 points and 13 rebounds.

The teams were tied twice early in the fourth, the last time at 71 on Kyle Anderson’s basket.

From there, the Clippers outscored the Wolves 25–9 before both teams brought in their benches for the final two minutes. Los Angeles ran off eight straight points and Kennard hit two 3-pointers while Nicolas Batum had another.

George scored four in a row, pushing the Clippers’ lead to 91–78. He had a pair of free throws and Batum stole the ball and fed George for a layup.

Down five at halftime, the Clippers started Batum in the second half for Ivica Zubac. Batum hit a 3-pointer and another basket for five quick points. He added another 3-pointer that pushed the Clippers’ lead to 61-55.

Minnesota took a 65-64 lead on Edwards’ basket before Kennard’s 3-pointer put the Clippers back in front by two going into the fourth.

The Timberwolves have been without Karl-Anthony Towns (right calf strain) the last couple weeks, and D’Angelo Russell (left knee contusion) is day-to-day.

Timberwolves: Fell to 6-8 on the road and 2-6 against the West away from home. … Jordan McLaughlin (left calf strain) missed his third straight game. … Taurean Prince (right shoulder subluxation) remains out.

Timberwolves: At Oklahoma City on Friday night to conclude trip.

Clippers: Host Phoenix on Thursday night in the second game of a back-to-back.