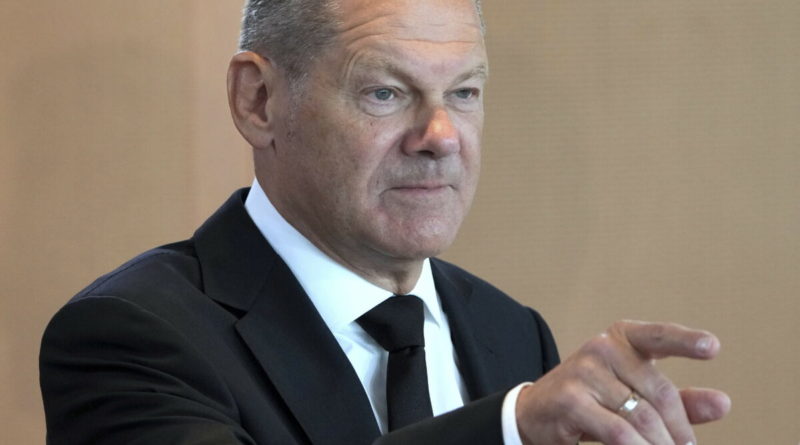 
German Chancellor Olaf Scholz on Wednesday called for a full investigation into a “Russian-made missile” strike in a Poland village near the border of Ukraine that killed two people.

The German Chancellor also warned against racing to conclusions over the matter.

“In such a serious matter, there must not be any hasty conclusions about the course of events before this careful investigation,” he said.

The missile hit the Polish village of Przewodów, in the district of Hrubieszów, Lubelskie province at 3:40 p.m. on Nov. 15, Poland’s Ministry of Foreign Affairs (MFA) said. The village is roughly four miles (6.4 kilometers) west of the Ukrainian border.

Reuters reports that the two victims were men who were near the weighing area of a grain facility in the village.

Polish President Andrzej Duda told reporters on Nov. 16 that it was “most likely a Russian-made missile.” However, he stressed that there is no concrete evidence as to who fired it.

Moscow denied responsibility after Poland’s Minister of Foreign Affairs Zbigniew Rau summoned the ambassador of the Russian Federation to Polish MFA and “demanded an immediate and detailed explanation.”

“Russian firepower has launched no strikes at the area between the Ukrainian-Polish border,” Russia’s Ministry of Foreign Affairs said in a statement. The Kremlin denounced the reports of Russian involvement as “a deliberate provocation in order to escalate the situation.”

The incident came as Russia unleashed a barrage of missile strikes on Ukraine, including on the capital Kyiv, Lviv, Rivne, and Kharkiv, targeting energy infrastructure in the country, and causing widespread power outages

Later on Wednesday, Russia’s defense ministry said its strikes on Ukraine on Nov. 15 were no closer than 35 km (22 miles) from the Polish border, the RIA news agency reported.

Meanwhile, President Joe Biden, after convening an emergency meeting of G7 and NATO allies, said that it is “unlikely” that the missile was fired from Russia.

“There is preliminary information that contests that. I don’t want to say that until we completely investigate it but it is unlikely in the lines of the trajectory that it was fired from Russia but we’ll see,” Biden told reporters in Indonesia on Wednesday.

Despite the lack of confirmation as to whether or not the attack was intentional and confusion about who was behind the missile strike, Poland’s military has been placed on high alert.

Poland is a NATO member.

Government officials in the country also announced on Wednesday that they are weighing up calling on NATO to invoke Article 4, which allows members of the North Atlantic Treaty Organization to call a meeting to discuss any issue of concern when their territorial integrity, political independence, or security is threatened.

Tuesday’s missile strike poses the risk of escalating the conflict between Russia and Ukraine as members of NATO see an attack on one member of the alliance as an attack on all under Article 5.

Closing Prices for Crude Oil, Gold and Other Commodities (Nov. 17)

Gov. Abbott on Democrats fleeing state: They will be arrested