LAGOS—The subject was Pentecost, but the message was bullets that killed more than 40 people in a Catholic congregation in Nigeria’s relatively serene Ondo state.

The priest was just giving the benediction at the end of a mass to celebrate Pentecost Sunday when at least four shooters detonated a bomb and began spraying bullets among trapped worshippers.

The venue of the horrific attack was Saint Francis Catholic Church in Owo, a quiet town in Ondo state, approximately 170 miles west of the capital Lagos. Unidentified gunmen attacked on June 5, killing and wounding close to 50 people.

Eyewitnesses said the attackers detonated explosives inside the chapel that tore plaster off ceilings and left many severely injured.

Governor Rotimi Akeredolu told the media at the scene that the killers were foreign fighters from Mali.

“Most of those that are carrying out these attacks are foreigners who were trained in Libya,” Akeredolu said, according to multiple media reports. The governor did not explain his opinion in detail.

Kehinde Ogunkorode, a congregation member who visited the victims at the morgues and blood donation hospitals around the state, told The Epoch Times that he was told of “over 40 dead and injured.”

Speaking anonymously, a worshipper described one of the shooters as “a young Fulani man who drew out an AK-47 rifle from a sack bag.”

“As he cocked the gun, he began shooting.”

The nomadic Fulani are a large ethnic, mainly Islamic group, in West Africa with more than 20 million members living in Nigeria. They have been accused of the murders of tens of thousands of people since 2001.

A member of the Redeemed Christian Church of God opposite the Catholic church saw one of the shooters during the attack.

Damilola Olufemi, another resident of the town, said he heard loud gunshots three times before deciding to go to the scene of the massacre.

“I saw a bloodstain on the fence of the church,” he told The Epoch Times, confirming the testimony of the other anonymous speaker about the indiscriminate shooting behind the fence of the besieged church.

Multiple sources confirmed to The Epoch Times that the attackers were in the church shooting for up to 20 minutes.

Nearby police officers from the divisional headquarters didn’t arrive until the attackers had departed, according to local people, who said the station was only a 10-minute drive away.

The palace of the traditional ruler, Oluwo of Owo, is about 200 meters from the Catholic church.

Funmilayo Odunlami, the state’s police public relations officer, told The Epoch Times no arrests had been made but “more updates will be given later.”

On social media, random Twitter users whose families are domiciled in Ondo or neighboring states feared the insecurity was already hitting home.

Nigeria’s southwest has been relatively peaceful compared to the northern region.

Bereaved Olaide Ajanaku mourned her parents’ loss in the church attack, tweeting: “the audacity of Nigeria to take my parents from me. I will always hate this country. It’s a promise!”

Adesina and Olabimpe Ajanaku were both retired teachers and devout believers of the Catholic faith.

Ogunkorode confirmed to The Epoch Times that Olabimpe Ajanaku taught him in his secondary school days.

During a Twitter Space hosted on June 5 after the incident, Dipo Awojide, a UK lecturer and Nigerian social commentator maintained the stance that “Nigeria’s southwest will not be ceded for open-grazing for cattle.”

His position aligns with Gov. Akeredolu’s commitments over the past two years.

Akeredolu also banned open-air grazing in his governed state. Others have followed suit.

Tunji Adeleye, Amotekun’s commander in Ondo, didn’t answer calls about the activities of the force since its inception.

Thompson told The Epoch Times, “Ondo state isn’t the first soft spot to be attacked in the southwest and the development is another phase in a displacement sequence.”

He recalled warning southwest governors in 2018 about the dominance of armed militias in various forests of the regions.

Thompson said after the latest attack that Nigeria needs to reform rigorous gun control laws that have left churches defenseless in a country where crime has crippled travel and the economy.

While some have argued against arming Nigerian civilians to combat such attacks, Thompson said he is proposing the country adopts gun ownership laws similar to those protected by the United States Constitution. 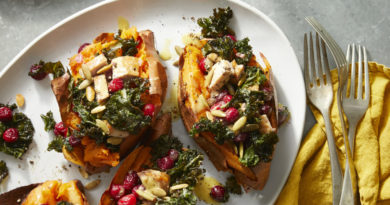