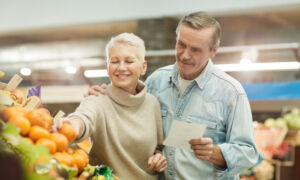 Hypertension has no obvious symptoms, but it is likely to cause major chronic diseases such as heart attack (myocardial infarction), stroke, diabetes or kidney disease. High blood pressure is related to a high-salt, high-oil, high-calorie diet. There is a 7-day dietary intervention that could be effective to improve your blood pressure.

According to WHO, more than 1 billion people worldwide—more than one in four men and one in five women—have high blood pressure. The number of people aged 30 to 79 with hypertension has increased from 650 million to 1.28 billion over the past 30 years.

A diet to lower blood pressure has been nicknamed the DASH Diet: Dietary Approaches to Stop Hypertension. Some call it the healthiest diet, because it is also good for controlling blood sugar, weight management, and reducing the risk of heart disease and stroke.

It is often recommended for two-week periods to regulate a patient’s blood pressure.

The diet is generally low in sodium, and rich in magnesium, calcium, potassium, dietary fiber, unsaturated fatty acids, and high-quality protein. The intake of saturated fatty acids and cholesterol in fats is reduced, high-sugar foods are avoided completely, along with alcohol and red meat.

However, a vegan, low-fat diet that is high in fiber and which contains no cholesterol showed to lower patients’ blood pressure in just one week.

“Medications for hypertension and diabetes were reduced or discontinued at baseline in order to lessen the risk of hypotension and hypoglycemia. Cholesterol-lowering medications (statins) were continued throughout the program for those people taking this class of medication upon entering the program.”

“This study documents that a low-fat (≤10% of calories), high-fiber, high-carbohydrate (~80% of calories), vegan diet allows overweight patients to lose weight even if they eat enough food to feel completely satisfied, ad libitum. From eating such a diet for 7 days, the participants lost a median of 1.4 kg (3 pounds) and had significant improvements in blood pressure, blood lipids, and blood sugar.”

“It is because a plant-based diet contains more potassium, magnesium, dietary fiber, phytochemicals, and unsaturated fatty acids,” Dr. Chen said. “These are all good cardiovascular nutrients. Besides, plant-based foods are cholesterol-free and low in saturated fat.”

By switching to this diet, people are getting more of essential nutrients they may otherwise eschew in their normal diets. The typical American diet, as well as other environmental factors, has left the majority of Americans deficient in many nutrients.

“Dietary fiber improves the state of intestinal bacteria, absorbs cholesterol and excretes it from the body. The anti-inflammatory effect of phytochemicals can protect blood vessels, prevent arteriosclerosis, and benefit blood circulation.

TMAO and the Microbiome

A 2013 study by the Cleveland Clinic found that TMAO (trimethylamine-N-oxide), a heart-harming metabolite, is produced by the liver after gut bacteria digest L-carnitine (found in red meat) and lecithin (found in egg yolks, meats and full-fat dairy products).

Dr. Chen explained that TMAO disturbs cholesterol metabolism, resulting in excessive cholesterol in the blood, which accumulates in the arterial walls and leads to vascular atherosclerotic lesions, which will in turn increase blood pressure, and worsen the atherosclerosis.

Lecithin and L-carnitine are both essential nutrients found in both meat and veggies.

However, the gut microflora will produce more TMAO when the diet is rich in meat, especially red meat. Heavy meat eaters are also more prone to cardiovascular disease. Conversely, vegetarians had a protective gut microbiome that barely made TMAO.

Dr. Chen pointed out that for people not being able to be persistent with a vegan diet, they could start with a DASH diet, which emphasizes soy products, which are better than fish, seafood, eggs, and white meat; red meat should be avoided as much as possible. However, it is not recommended that meat eaters take supplements rich in L-carnitine and lecithin without doctor’s supervision, which may increase the risk of cardiovascular disease.