All 18 Republican members of the powerful House Ways and Means Committee want to know why the IRS recently violated a 2017 court settlement in which it agreed to stop targeting non-profit tax-exemption applicants on the basis of their political views.

In a Nov. 8 letter to IRS Commissioner Charles P. Rettig, the 18 GOP signers said the federal tax agency “violated a valid consent order by initially denying the application for tax exempt status submitted by Christians Engaged. If the IRS has the power to violate a standing legal order without consequence, how can Americans trust the agency with greater authority and $80 billion more taxpayer dollars?”

President Joe Biden’s multi-trillion dollar Build Back Better spending plan includes an $80 billion funding boost for the IRS to enable it to double its workforce and increase its efforts against tax evaders, according to advocates.

But the 18 ways and means Republicans question the funding boost in light of a recent example of IRS officials initially denying tax-exemption applicant, Christians Engaged, because they associated its religious perspectives with Republicans.

The letter writers said the IRS initially denied the group’s tax exemption request because, according to the tax agency, “certain bible teachings are ‘affiliated with the [Republican] party and candidates.’”

That denial was subsequently reversed following a public outcry and extensive media coverage by The Epoch Times and other outlets. Christians Engaged was forced to retain the First Liberty Institute, a Plano, Texas-based public interest law firm that specializes in religious freedom litigation, to appeal the IRS denial.

The GOP letter writers told the IRS chief that “although the IRS reversed its denial of Christians Engaged application after public outrage, we are concerned that the initial denial violates the order in place through the court-approved consent order in Linchpins of Liberty, et al. v. United States.

“We are also concerned about what, if anything, the IRS is doing to ensure that the agency remains in compliance with this court order. While we are pleased that the IRS reversed its decision in this case, we remain concerned that these types of denials could be more systematic at the agency. Not every applicant organization is able to hire legal counsel on short notice to appeal such IRS decisions.”

The Linchpins consent order with which the IRS agreed to heed provided that:

“The IRS admits that its treatment of plaintiffs during the tax-exempt determinations process, including screening their applications based on their names or policy positions, subjecting those applications to heightened scrutiny and inordinate delays, and demanding of some plaintiffs’ information that [the Treasury Department Inspector-General] determined was unnecessary to the agency’s determination of their tax-exempt status, was wrong. For such treatment, the IRS expresses its sincere apology.”

The consent order further provided that:

“The Court hereby declares that any action or inaction taken by the IRS must be applied evenhandedly and not based solely on a tax-exempt applicant or entity’s name, political viewpoint, or associations or perceived associations with a particular political movement, position, or viewpoint.

“The Court hereby declares that discrimination on the basis of political viewpoint in administering the United States tax code violates fundamental First Amendment rights. Disparate treatment of taxpayers based solely on the taxpayers’ names, any lawful positions the taxpayers espouse on any issues, or the taxpayers’ associations or perceived associations with a particular political movement, position, or viewpoint is unlawful.”

To determine if the IRS has taken seriously its agreement to the 2017 consent order, the letter writers asked the IRS agency to answer the following questions no later than Nov. 22:

1. What procedures does the IRS have in place to ensure employee awareness of and compliance with the consent order?

2. What type of training is provided to employees to ensure they are not discriminating against organizations based on religious, political, or ideological beliefs?

3. Please explain the use of a legend and any associated template for Letter 4034, the final determination letter denying tax exempt status.

4. If the IRS were to take an action that violates the consent order, what is your understanding of how an aggrieved applicant would be able to challenge that action?

An IRS spokesman could not be reached for comment on the ways and means Republicans’ letter. 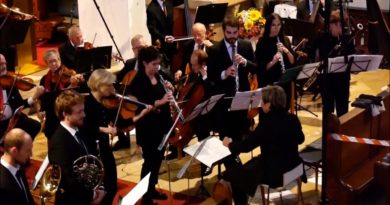