Diabetes is a prevalent chronic disease in the United States that carries significant rates of morbidity and mortality. The disease is associated with a number of serious complications, including kidney disease, cardiovascular disease, stroke, and blindness. Diabetes not only impacts a person’s quality of life but can also shorten their lifespan; it has been ranked as the eighth leading cause of death in the United States.

A Look at the Numbers

According to the Centers for Disease Control and Prevention, diabetes affects 28.7 million people in the United States. It’s estimated that another 8.5 million have diabetes but don’t know it, meaning that 1 in 5 diabetics haven’t yet been diagnosed. This brings the true number of diabetics to 37.3 million, or about 1 in 10 Americans, with the majority (90 to 95 percent) having Type 2 diabetes. This is what we’ll focus on here.

In addition, another 96 million U.S. adults have prediabetes, a condition that appears before the diagnosis of Type 2 diabetes is made and is indicated by a glucose level between 100 and 125 and a HgB A1C level between 5.7 percent and 6.4 percent. A person can have prediabetes for years and not even be aware of it. According to the CDC, risk factors for becoming prediabetic include being overweight, exercising less than three times per week, being older than 45, having a parent or sibling with diabetes, or having a personal history of gestational diabetes or polycystic ovarian syndrome.

As of 2017, it was estimated that nearly $10,000 per year is spent per diabetic patient—and health care costs have only gone up since then. In that same year, the total estimated cost of diabetes in the United States was $327 billion dollars (yes, that’s billion), with $237 billion being spent on direct medical care and another $90 billion due to lost productivity. To put things in context, America’s total national deficit in 2015 was $439 billion.

Depending on glucose numbers at the time of diagnosis, Type 2 diabetes is typically first treated with diet and exercise. While this approach is key to the disease, not enough importance is given to it. Physicians often don’t have the time or broader knowledge to teach patients how to eat healthier and get in the needed exercise. And even if they’re not resistant, some patients may not even realize how poor their diet is thanks to the successful imaging created by marketers.

The unfortunate result is that the majority of patients ultimately end up on medications. Metformin has long been a first-line mainstay, with a variety of other medications being added over time, including injectable insulin. In recent years, a number of newer therapies have been brought to the market, both oral and injectable, including GLP-1 agonists and SGLT-2 inhibitors. Of course, as one of my attendings drilled into our heads during residency, no medications, not even over-the-counter medications such as aspirin, are without possible side effects. And some can even add to the issue being treated.

For example, while insulin helps control blood sugar, it can also cause weight gain—and excess weight is implicated in diabetes. And despite medication therapy, it’s estimated that less than half of diabetics are able to keep their blood sugar levels within the goal of 80 to 130 before a meal and less than 180 in the two hours after starting a meal, or a Hgb A1C of 7 percent or less.

While medications certainly have their role and have done much to control diabetes and even extend patients’ lives, a focus on complementary options deserves more attention.

In addition to a healthy diet and increased activity, mindfulness practices have been shown to play an important role in managing diabetes.

A recent meta-analysis published in September in the Journal of Integrative and Complementary Medicine looks at 28 studies involving diabetic patients who incorporated some form of mind-body practice into their routine.

The analysis found that these adult diabetic patients had a statistically and clinically significant improvement in their blood glucose levels.

Researchers found that mind-body practices conferred a 0.84 percent reduction in HgB A1C numbers, with yoga decreasing A1C by an average of 1 percent. And for every additional day of yoga practice per week, Hgb A1C decreased by an average of 0.22 percent. The review concluded that “mind and body practices may be an effective, complementary nonpharmacological intervention for Type 2 diabetes.”

So just how do mind-body practices help improve diabetes? It’s believed that there’s a relationship between stress hormones, such as cortisol and adrenaline, and hormones, such as insulin, which help regulate blood sugar. Studies such as a 2018 review published in European Endocrinology have shown that mind-body practices, such as meditation, have a positive influence on hormones, and lead to “modest improvements in body weight, glycaemic control, and blood pressure.” Mindfulness practices have even been shown to confer enough benefit that they “lead to improvements across all domains of holistic care—biological, psychological and social,” the researchers reported.

Mindfulness practices also lead to an increase in self-awareness and an improvement in self-care. This, in turn, leads to healthier habits, including paying more attention to eating diabetic-friendly foods, getting enough sleep (which also impacts hormones), and increasing activity levels—all of which lead to an overall improvement in quality of life.

Incorporating Mindfulness Into Your Day

There are a number of ways to incorporate meditation or other types of mind-body practice into your day. Whether it’s joining a class (be it in-person or online), using an app, or doing something on your own, there’s something for everyone.

One easy and simple option is taking 15 minutes in the morning for some intentional quiet time. It’s a great way to get your day started on a positive, peaceful, and focused note.

First, find a quiet place where you can sit or lie down without distraction. Next, gently close your eyes and focus on breathing in and out through your nose, making sure to breathe down into your belly. Try to eliminate any distracting thoughts that come your way, and keep your muscles relaxed and free of tension. Just like a muscle, the more you do it, the stronger your ability to clear your mind and release stress and tension will become.

Another option is to focus on the sensations in our body, a mindfulness exercise called a body scan. First, find a quiet spot to get comfortable. Starting at the top of your head, spend 30 to 60 seconds focusing on how the area feels. Note any tension, pain, or discomfort, and then release it, imagining the discomfort disintegrating with each breath you exhale.

Next, move your focus to your face and jaw (an area where people often hold tension) and repeat. Move to the neck and shoulders (also an area of high tension), and continue downward until you reach your toes. Eliminate any drifting thoughts that arise, and bring your focus back to your body. You can even repeat the process if you feel any remaining tension in your body or mind.

If you need a little assistance with your practice, there are some great online meditation options, including Diabetes Sangha (a meditation community), Online Meditation Events, and Mindful Leader. There are also some helpful apps, with some of the most-often recommended ones being Healthy Minds Program, Waking Up, Headspace, and Calm (which includes “sleep stories,” something great for those with insomnia).

Some other great ways to incorporate mindfulness into your day include taking a walk in nature or around your neighborhood, gardening, taking an art class or working on an art project, journaling, or even the simple act of cooking. During these times, we can focus on clearing out our minds and breathing deeply into our bellies. Actually, I often find that my mind naturally clears itself in these situations, and my stress levels naturally decrease.

Another idea is to get involved with some type of volunteer work or simply do something kind for another person. This also helps to clear our minds and acts as a type of mindfulness. By taking the focus off our own situations, we decrease our stress levels while also contributing something positive to the world around us.

While some people may be reluctant to try meditation, thinking that it won’t really do anything, that it’s religious or perhaps of a different religion, or that it takes too much time, meditation can be done no matter how busy your day may be and no matter what your spiritual or religious beliefs (some who are religious even say they feel it brings them closer to God)—and it works!

Through this simple and convenient method, you can clear your mind, relax your body, and decrease your stress levels—ultimately leading to enhanced physical and mental well-being and an overall improvement in your quality of life. In fact, both the CDC and the American Diabetes Association, in its publication Diabetes Spectrum, tout the benefits of mind-body practice for improving diabetes.

So whether you’re diabetic or not, give mind-body practice a try. You might just discover benefits you never imagined possible! 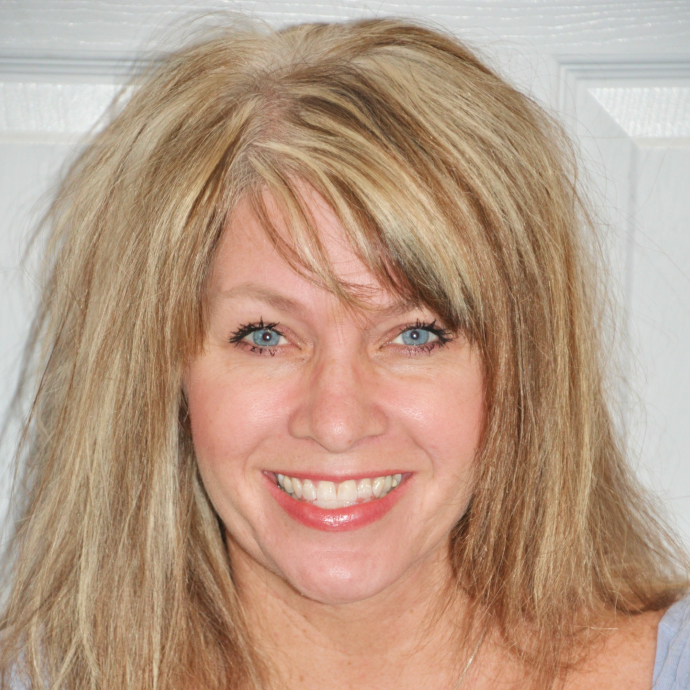 Tatiana Denning, D.O. is a preventive family medicine physician. She believes in empowering patients with the tools, knowledge and skills needed to improve their health by focusing on mindfulness, healthy habits, and weight management.

A Tour of Fonthill Castle, the Home of a 19th-Century Archaeologist Full of Eclectic Wonders