The Maldonado family travel by boat to their home after it was flooded during Hurricane Ida on August 31, 2021 in Barataria, Louisiana. (Photo by Brandon Bell/Getty Images)

Recovery efforts have been underway after Hurricane Ida, which is now being considered Tropical Storm Ida, ravaged Louisiana. During a media briefing on Tuesday, Gov. John Bel Edwards (D-La.) said 80 percent of the rescues came from Saint John the Baptist Parish and added people have been very resilient.

“This storm was every bit as advertised,” Edwards stated. “The damage that we have seen here and that they’re dealing with is just catastrophic.”

In addition, the National Guard was mobilized as well as multiple state and local law enforcement agencies on the ground to help in the state. Edwards said the goal was to keep people safe.

“What I’m trying to make sure people understand is many of the life-supporting infrastructure elements are not present. They’re not operating right now,” he explained. “If you have already evacuated, do not return here or elsewhere in Southeast Louisiana until the Office of Emergency Preparedness tells you it is ready to receive you.”

The challenges ahead are tough, but Louisianans are tougher. We will rebuild together #lagov #HurricaneIda #Ida pic.twitter.com/14FAOQuo8d

This comes as at 60 deaths have been reported across eight states. New Jersey saw the highest death toll at 25, along with 17 people in New York and five in Pennsylvania.

“Historically, we know that most people are injured and killed because of the response, not the storm itself,” he expressed. “Carbon monoxide poisoning for generators, driving through water that turns out to be deeper or having more current than you realize, using power equipment that you’re unaccustomed to, falling off a roof when you’re cleaning up, and heat exhaustion.”

FEMA administrator Deanne Criswell said if individuals had damage or were displaced from their homes, they could be eligible for FEMA assistance. She added there were many in the state ready to help.

Hurricane #Ida caused significant damage to transmission lines. Energy Secretary @SecGranholm came to FEMA today for a brief on our response efforts. Getting the power back up in Louisiana is one of our top priorities. Thank you @ENERGY for your partnership in making this happen. pic.twitter.com/SkE9oZ4CrR

Meanwhile, Saint John the Baptist Parish President Jaclyn Hotard said they were working on a number of assessments as most have been without power and water.

“We have activated all of our preposition contracts just to remove debris out of roadways because that’s posing a challenge for us to even do a good damage assessment,” she reported. “We can’t get to all of the areas in the parish that do have damage.”

Criswell went on to thank all of those helping in the state.

“The first responders have been amazing. They work so hard to make sure that they’re keeping their communities safe and many of them at the same time struggling with their own loss to their own homes,” she expressed. “Just wanted to give a big shout out to the first responders across Louisiana and for all the hard work that they’ve done.” 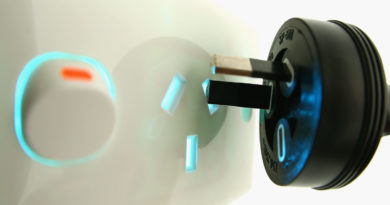