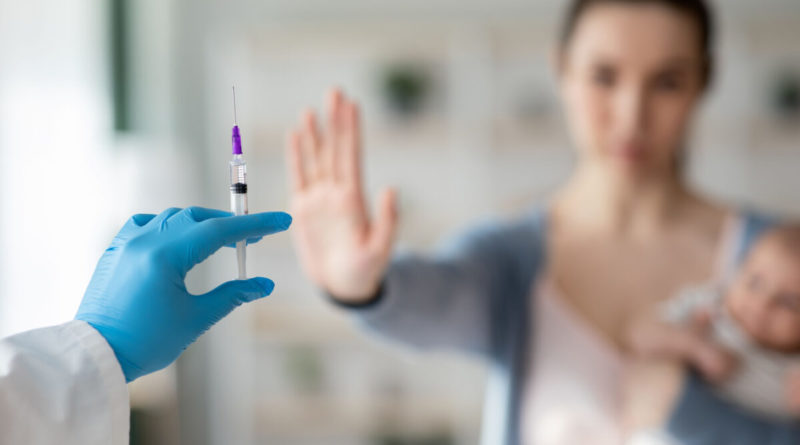 
In a recent article in Nature, freelance writer Michael Einstein reports that vaccination rates are falling—and not just because people are refusing the COVID-19 vaccines.

Indeed, global vaccine rates are at their lowest since 2008. The World Health Organization calls this the “largest sustained decline in childhood vaccinations in approximately 30 years.”

The draconian lockdowns imposed by state public health authorities in the United States and federal agencies in other countries made parents afraid, unwilling, or unable to bring their children to the doctor.

But, more importantly, the sudden deaths of young people associated with mRNA and other COVID-19 vaccines, as well as the slew of devastating side effects (including heart damage, abnormal blood, lethal clotting disorders, eye disturbances, and unusually fast-growing tumors), and a willful blindness on the part of the state and government agencies to the growing number of vaccine injuries have all contributed to the decline of trust in vaccines.

The experts Einstein interviewed believe that vaccine hesitancy and vaccine refusal is a bad thing. They’re concerned that families refusing vaccines will lead to millions of avoidable deaths worldwide.

“We’re talking about tens of millions of lives that are at stake,” Kate O’Brien, Executive Director of the International Vaccine Access Center at the World Health Organization (WHO) in Geneva, Switzerland, told Nature.

But we see the fact that parents seem less willing than ever to blindly believe everything health authorities try to force upon them as a good thing—a step forward towards more individualized medicine and away from profit-driven overmedication.

In 1928, Alexander Fleming, the son of a Scottish farmer, discovered the first true antibiotic: penicillin. It happened mostly by accident. Fleming was a Professor of Bacteriology at St. Mary’s Hospital in London. Returning from a holiday in September of that year, Fleming began to sort through Petri dishes where he had been growing bacteria.

He was tossing them into a cleaning solution. But one dish gave him pause. It was dotted with colonies of Staphylococcus, bacteria that cause boils, sore throats, and abscesses. Except in one area—where a blob of mold was growing—there was no staph growing. The zone immediately around the mold was clear, as if the mold had secreted something that inhibited bacterial growth. Fleming figured out that this “mold juice,” as he called it, was capable of killing a wide range of harmful bacteria, such as streptococcus, meningococcus, and diphtheria bacillus.

Fleming’s discovery and the subsequent use of antibiotics in medicine saved countless lives. With the advent of antibiotics, as well as better hygiene and municipal waste disposal, fulminating bacterial infections became mostly a thing of the past.

Some credit the drastic rise in life expectancy, from 47 years old at the beginning of the 20th century to over 75 years old in America today, to the “treasure called antibiotics.”

But as time went on, doctors became so enthusiastic about antibiotics that suddenly they were prescribing them for everything, even viral infections against which antibiotics are useless.

This has been a deadly mistake in medicine. The indiscriminate use of antibiotics causes myriad harm. Using antibiotics for viral infections like the flu makes viruses more lethal, according to a 2019 study published in the journal Cell Reports. And the over-prescription of antibiotics has also led to antibiotic resistance, which the World Health Organization describes as “one of the biggest threats to global health, food security, and development today.” The rise of superbugs, like methicillin-resistant Staphylococcus aureus (MRSA), that no antibiotic can kill has become a big concern.

In fact, according to the CDC, each year in the United States more than 2.8 million antibiotic-resistance occurs. At least 35,000 people die every year as a direct result of these infections.

The global numbers are even more striking: antimicrobial resistance is associated with five million deaths worldwide.

Just like antibiotics, childhood vaccines have been credited with saving millions of lives. When you get a traditional vaccine that creates an appropriate immune response, it helps your body recognize and fight off infectious agents. The idea for vaccines came from Edward Jenner, a British doctor who noticed at the end of the 18th century that milkmaids exposed to cowpox were protected from its more lethal sister infection smallpox.

Smallpox was often lethal, killing nearly a third of the people who contracted it and scarring others for life. The fever and oozing itching sores of the disease—caused by a variola virus—could make you miserable.

But when Jenner exposed the son of his gardener to pus from a cowpox sore that was on the hand of a milkmaid and later exposed the child to the variola virus, the eight-year-old, James Phipps, did not get sick with smallpox.

This first vaccination technology was crude. Jenner actually scratched the cowpox-infected fluid into the arm in what some have described as a messy and painful process. Since then, vaccine technology has evolved and improved dramatically.

Joe Wang was the youngest child in a family of eleven. Two of his brothers died from infectious diseases just a few days after they were born. Joe did not want the tragedy of what happened to his brothers to ever happen to another child. So he earned a doctorate in molecular genetics so that he could devote himself to vaccine development in order to reduce infant mortality.

Many believe that it is largely thanks to the development of well-tested, effective, and safe vaccinations that far fewer infants die in industrialized countries than they did a hundred years ago.

Childhood Vaccinations: Too Many Too Soon

At the same time, however, there is a growing body of scientific literature that suggests that over-vaccination actually increases infant mortality, vaccine-enhanced disease is a real problem, certain vaccine ingredients are harmful to susceptible individuals, and too many vaccines may be the root cause of several incapacitating health problems, including autoimmune conditions, in childhood and later in life.

The issue here is not that vaccines are all good or all bad but that, like with antibiotics, modern medicine has started using vaccines inappropriately. In 1986, the federal government passed the National Childhood Vaccine Injury Act, a law shielding vaccine manufacturers from being sued for injuries caused by their products.

Instead, families of people who died from vaccines and patients who became permanently injured would be compensated via a “no-fault” system, paid for via a consumer tax on every vaccine vial sold.

Since that federal law was passed, the number of vaccinations on the childhood schedule has nearly quadrupled.

The vaccines added to the CDC’s recommended schedule include a birth and infant series of a vaccine to protect against a sexually transmitted disease, two vaccines against normal and mild childhood infections (rotavirus and chickenpox), and a vaccine against human papillomavirus (HPV) that has been shown to have devastating side effects.

Someone who is promiscuous or using intravenous drugs is more likely to get infected with hepatitis B. As is a healthcare worker or police officer working in close proximity to drug addicts. For that subpopulation, the vaccination against hepatitis B makes good sense.

But universal vaccination for the average American infant who has no chance of exposure to hepatitis B is a scientifically unsound recommendation.

Every person is different—our chance of exposure to any given disease varies, as does our body’s ability to fight that disease when exposed.

New parents are apt to research everything: from the safest car seat to the softest onesies. Researching vaccines involves knowing the ingredients in each vaccine, the potential risks and benefits of contracting any given illness naturally, whether the illness is treatable, as well as the risk of having a vaccine reaction and the alternatives to vaccinating. Knowledge is power. And being knowledgeable about vaccines is the best way to make the best individualized medical decisions.

We humans are smart enough to understand that two things can be true at the same time. Antibiotics can be a powerful tool in the medical toolbox but the over-use and over-prescription of antibiotics can be deadly. Vaccines can be lifesaving. They can confer unexpected benefits but also lead to unintended harm.

Vaccine hesitancy isn’t so much a problem as a smart choice. The realization that lifestyle choices—including healthy eating, regular exercise, stress reduction, and avoiding toxins—are as important to longevity and lifelong good health as medical care is important.

The fact is not all vaccines are created equal. Consumers need to be aware that each recommended vaccine has a different safety, efficacy, and necessity profile.

Our public health authorities must work overtime to re-establish public trust. In the meantime, however, we believe that making judicious changes to America’s overly aggressive childhood and adult vaccination schedules is not “dangerous” or “deadly.” It will not result in unnecessary deaths. Instead, we believe that it will result in better health.

Views expressed in this article are the opinions of the author and do not necessarily reflect the views of The Epoch Times. Epoch Health welcomes professional discussion and friendly debate. To submit an opinion piece, please follow these guidelines and submit through our form here.

Joe Wang, Ph.D., was a molecular biologist with more than 10 years of experience in the vaccine industry. He is now the president of New Tang Dynasty TV (Canada), and a columnist for the Epoch Times. 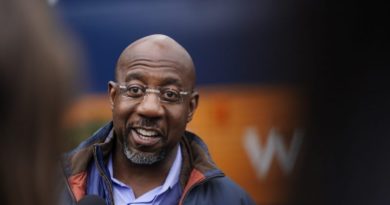