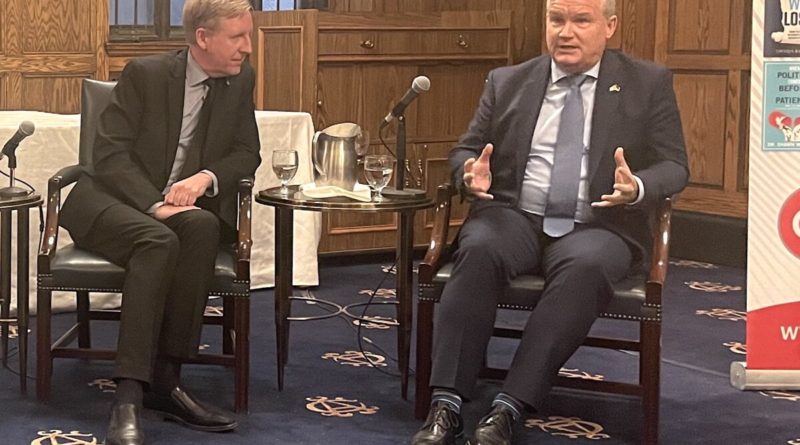 “What I found troubling today in the Prime Minister’s testimony was that he said he was ‘serene and confident,’ meaning he’s very confident, and he’s at ease with the fact that he overreacted and used our War Measures Act or Emergencies Act for troublesome protests. And he’s doing nothing about active foreign interference,” the MP for Durham told The Epoch Times on Nov. 25, following Trudeau’s testimony at the public inquiry into the use of the Emergencies Act that same day.

“A domestic protest made him take serious action, and foreign interference, he’s been taking no action. What does that show?”

The Public Order Emergency Commission has been set up as required by law to evaluate whether the federal government’s use of the Emergencies Act to clear convoy protests in February was justified. Trudeau, who was the last person to testify at the commission, said he felt “serene and confident” when invoking the act.

‘Fight for Our Democracy’

Global News reported on Nov. 7 that the Chinese Communist Party (CCP) covertly funded at least 11 candidates during the 2019 federal election. The report added that Trudeau was briefed on the issue in January.

Responding to the report, Trudeau told reporters on Nov. 7 that China and other state actors “are continuing to play aggressive games with our institutions, with our democracies.”

More recently, he said he was never briefed about any candidates receiving Chinese funding.

“I get briefed up regularly from our intelligence and security officials,” Trudeau told reporters in Djerba, Tunisia, on Nov. 20. “I have no information on any federal candidates receiving money from China.”

O’Toole, whose party platform had an extensive section on China policy at the time of the 2021 election when he was leader, said he thinks Trudeau has been “offside for many years on China.”

“He should act, standup to foreign interference, regardless of what country it comes from. It should be nonpartisan. The Liberals, the Conservatives, the NDP, the Block—name the party—should all want our our elections to be free from interference in every single riding,” he said.

“Stopping political interference from the Communist Party of China should be a non-partisan issue. We should fight for our democracy.”

Speaking on a panel at a Nov. 25 book launch event in Toronto for “China Nexus” authored by Benedict Rogers, O’Toole said he’s happy to see that the issue of election interference is getting more attention in the media.

The MP talked about how foreign interference had an impact in the 2021 federal election during which he was leading the Conservative Party.

“Our pollsters, our modellers, [on election] night told me I was winning 129 seats. We won 119. There was voter suppression in a series of ridings in the lower mainland [B.C.] and in the GTA,” he said.

Former Conservative MP Kenney Chiu, who was seeking re-election in the B.C. riding of Steveston–Richmond East in the 2021 election, has said that he was a target of an extensive misinformation campaign.

Chiu introduced a foreign agents registration act in the last Parliament, which if enacted, would have compelled those working on behalf of foreign entities to register as foreign agents.

However, articles widely distributed on Chinese social media claimed the bill goes agains the interest of the Chinese community. Chiu said this type of misinformation campaign impacted the prospects for his re-election, which he ultimately lost.

‘We’ve Allowed This to Happen’

O’Toole says that if the reported number of candidates allegedly funded by the Chinese regime was at 11 in 2019, it has grown to more than that at this point.

“We’re in a real period that if we don’t take this seriously, our foreign policy will change because we’ve allowed this to happen.”

Peter Wilson contributed to this report.

Omid Ghoreishi is an Epoch Times reporter based in Toronto.