Many people believe that they should have one bowel movement per day (preferably in the morning), and that the process should be relaxing and smooth, with a stool that is neither too soft nor too hard. But does that mean if your bowel movements aren’t as such, they can’t be considered normal?

A study of nearly 5,000 participants published in the American Journal of Gastroenterology showed similar findings.

Most experts agree that bowel movements ranging from three times a day to three times a week, sometimes with slightly harder stools, are normal. However, beyond this range, it wouldn’t be considered healthy.

How Does Food Transform Into Poop?

How can we have healthy bowel movements? Let’s first take a look at how the body digests food.

The first point of contact between food and the body is the mouth. The first step of food digestion is to mix food with saliva in the mouth and then thoroughly chew it with the teeth.

In addition to processing the food to give it a finer texture and mixing it more thoroughly with saliva, rigorous chewing also activates the neuroendocrine responses and makes the digestive system work more smoothly.

After we swallow food, the digestion that follows is automatic and not under conscious control: we have no control over how much stomach acid is produced or how fast or slow the peristalsis is; and the small and large intestines are also not under conscious control. Although we have no active control, our body has a sophisticated control system in place that communicates and coordinates between different organs and tissues.

The transmission of signals between the various digestive organs and tissues is carried out through the nervous system, especially the autonomic nervous system. 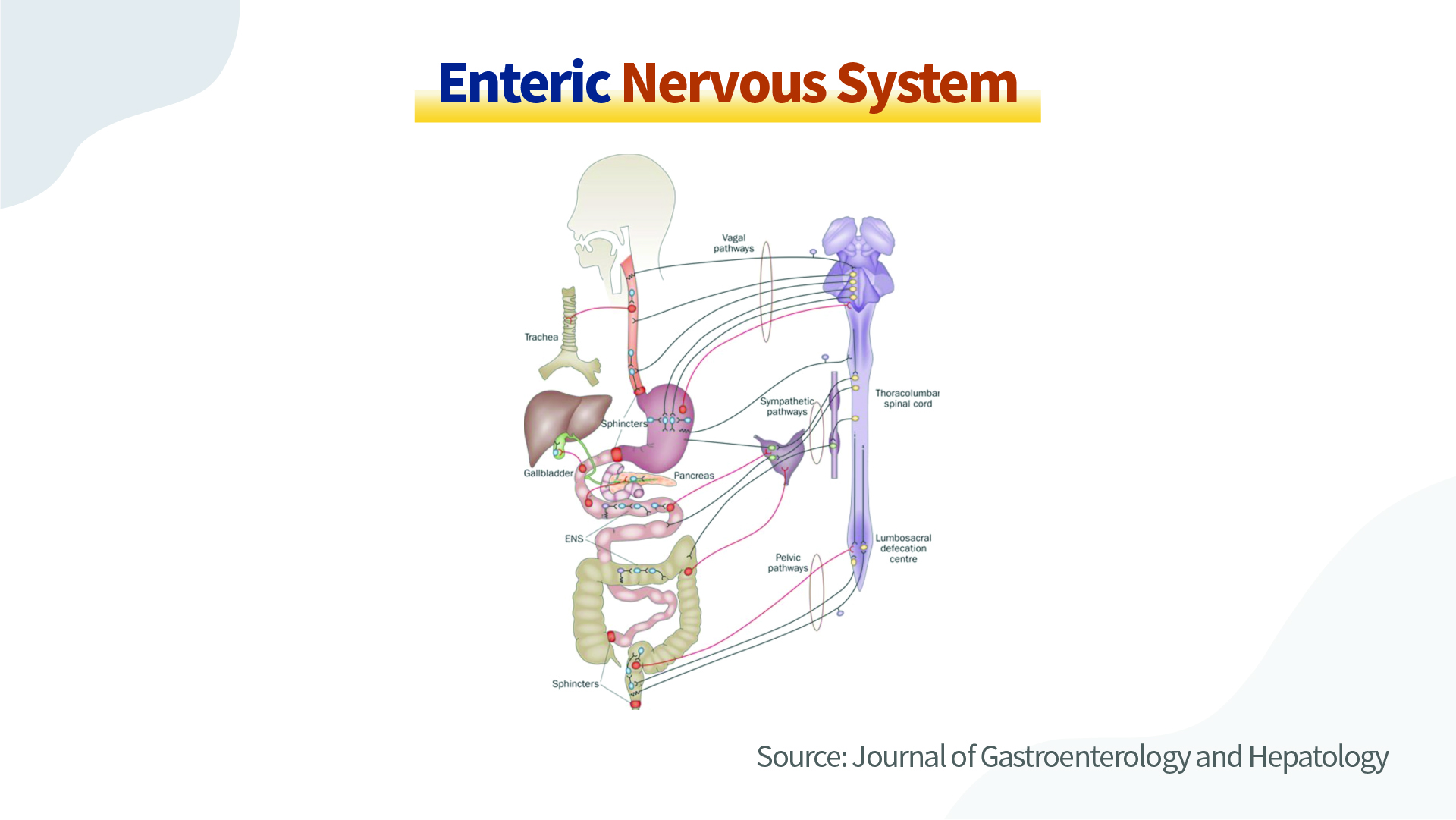 In fact, when we are ready to eat, the autonomic nervous system is already preparing for the digestion of food. In many cultures, there is a ritual to start a meal or a prayer before the meal, and from this perspective, such an act also activates the digestive function. As we talk about the unity of heaven and humanity, as well as the health of our body, mind and soul, this gratitude towards food is also important.

Dr. Yuanyu Zheng, former attending physician at Taipei Veterans General Hospital, recalled one incidence: once when he was eating a sweet potato, he suddenly needed to do something, so he quickly stood up and hurriedly swallowed the last chunk of the sweet potato. However, it got stuck in the center of his chest, at the midpoint of his esophagus. As a result, he felt very uncomfortable. Nervousness can lead to the esophageal peristalsis disorders.

The stomach, large intestine, and small intestine also have peristalsis, and in a more complex way. 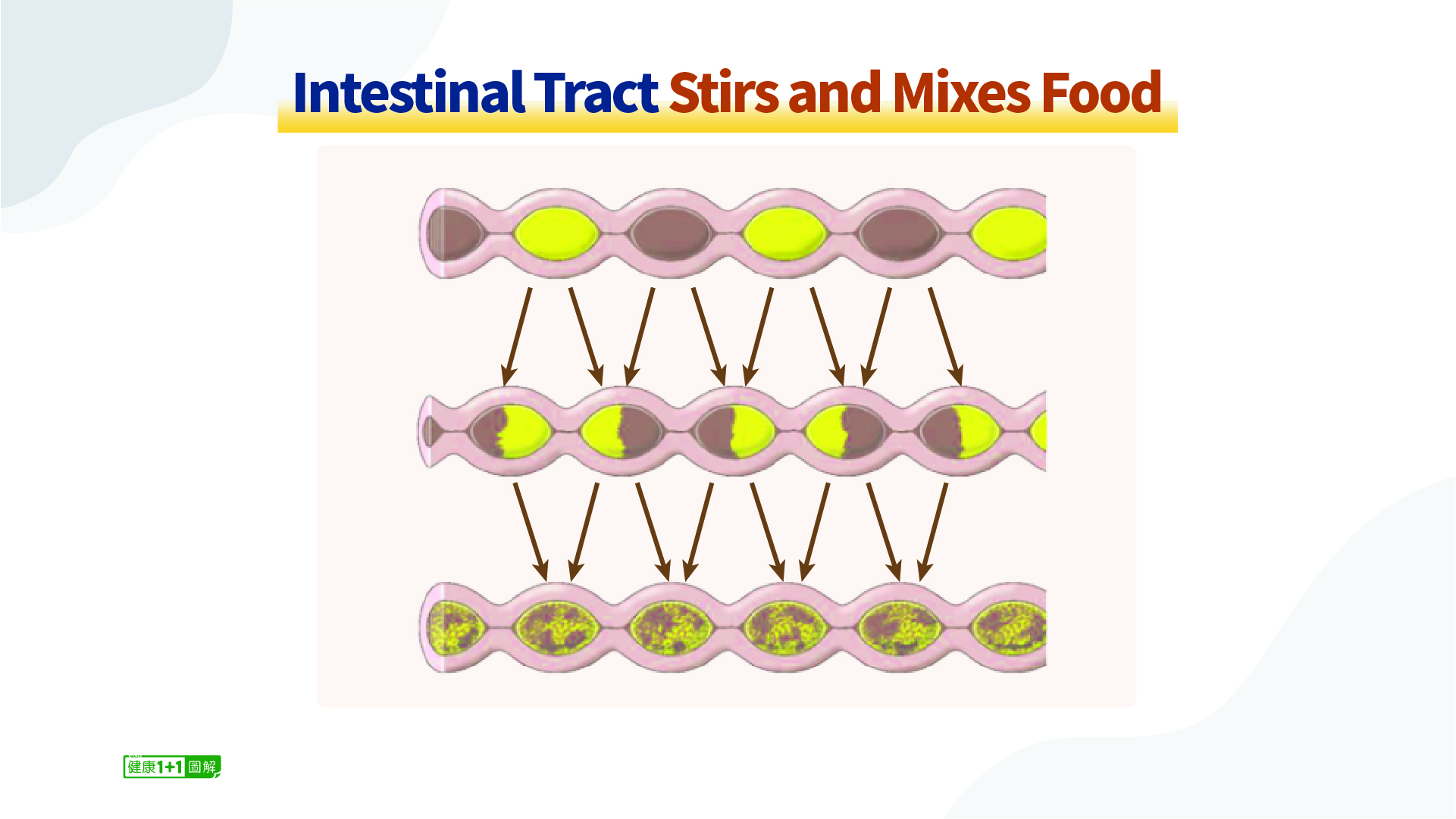 What Is the Stool You Pass?

When food is digested and enters the large intestine, it is already the most direct raw material of the stool. However, it is still about 5 feet away from the final product.

The rudimentary form of stool is liquid, with 90 percent water. When the human body is dehydrated, the intestines will actively absorb this liquid, and the stool will tend to be dry and hard.

Normal stool is 75 percent water. Of the remaining 25 percent, about one-fourth to one-half is made up of bacteria, which not only account for the volume and weight of the stool, but also has a significant impact on the formation of the stool. In addition to bacteria, there are mainly food residues, including undigested carbohydrates, lipids, plant elements, and proteins.

Normal bowel movements should have a reasonable frequency with a moist stool. How can we achieve this?

First, of course, we need to hydrate ourselves.

However, for smooth bowel movements, there is a very important food element–dietary fiber.

Modern dietary habits often result in insufficient dietary fiber. The practice of supplementing our diet with a sufficient amount of dietary fiber is correct, especially via a balanced intake of diverse natural vegetables and fruits. This is because different dietary fibers in the intestine will play different roles, and they also promote metabolism, improve blood sugar and cholesterol levels, as well as heart health.

The Role of Fibers

In the large intestine, there are only two mechanisms to promote bowel movements:

However, these fibers must travel a long distance in the intestinal tract to avoid being broken down by bacteria in the form of fermentation. Otherwise, the effect of water retention is lost, and if fermentation is too severe, the gas produced during the process will cause flatulence.

There are many types of soluble dietary fibers, and their health benefits are highly correlated with their viscosity. In particular, high-viscosity water-soluble fibers play an effective role in lowering cholesterol and blood sugar. Low-viscosity water-soluble dietary fibers, such as oligofructose, which is found in fruits and vegetables, act more like insoluble fibers.

Although we can’t control the peristalsis of the intestinal tract as freely as we can control our limbs, a stable mental and emotional state helps the digestive system to function well.

Modern life with all its busyness and strain makes people easily stressed. However, we can improve ourselves and maintain inner peace and improve our spiritual state.

In addition, we should also have daily activities. When people are lying motionless, the digestive power source will be reduced by 50 percent. Then, they can rely only on the peristaltic movements of the intestines to digest.

If you sit and work, watch TV, or play with your cellphone in a sedentary state for too long, the digestive process will lack the shaking motion produced by the body’s natural movements, as well as the squeezing of abdominal, lumbar, and back muscles during the process of these movements.

Dr. Zheng also talked about the importance probiotics, which play a large role. After all, about half of the dry part of the stool is composed of bacteria.

The human body is like a small universe, and probiotics are one of the ecosystems. Two perfectly healthy people may have completely different combinations of bacteria in their intestines. We have also discovered that the types, proportions, and compositions of intestinal bacteria in healthy populations of different countries vary.

If we follow the aforementioned advice, we will create an excellent environment for our intestines, in which a variety of bacteria will naturally form a well-functioning ecosystem. If there is no good environment, simply supplementing probiotics can only lead to short-term improvements, but will not change the intestinal environment itself.

No Threshold of Deaths Caused by COVID Vaccines to Pull Them, Says Canadian Official Behind Their Authorization