A federal judge has dismissed a lawsuit centered on pharmacists’ refusals to fill prescriptions for ivermectin and hydroxychloroquine, ruling that the refusals were not illegal.

The arguments in the suit, centered on the right to self-determination, were wrong according to U.S. District Judge Patrick Schiltz, a George W. Bush appointee.

The conduct of the pharmacists who refused to fill the prescriptions were not “extreme and outrageous,” the threshold for intentional infliction of emotional distress, the judge also said, in part because when the refusals happened, “every major medical authority and government agency that had addressed the issue had said that ivermectin and hydroxychloroquine should not be used to treat COVID‐19.”

Even if the plaintiffs made plausible claims, the action was required to be dismissed because plaintiffs failed to provide expert testimony, and an extension for providing such testimony was turned down because the suit did not outline such claims, the ruling also stated.

“We appreciate the Court dismissing the Complaint. Our pharmacists have exercised their professional judgement with these prescriptions, including refusing to fill them, and we stand behind them on this issue,” Randy Hargrove, a Walmart spokesman, told The Epoch Times in an email.

Supermarket chain Hy-vee did not respond to a request for comment.

William Salier, a Minnesota resident, contracted COVID-19 in October 2021 and experienced serious symptoms. He tried obtaining monoclonal antibodies from the state, but was unsuccessful. Attempts to get antibodies or ivermectin from a clinic in Iowa were rejected.

William Salier turned to Dr. Mollie James, who saw him in a telehealth session and wrote prescriptions for several drugs, including ivermectin. The prescriptions were sent to a Walmart in Minnesota.

But a pharmacist there called Karla Salier, William Salier’s wife, and informed her that Walmart would not fill the prescription because ivermectin “was not appropriate to treat COVID-19 patients,” according to the lawsuit.

When Karla Salier protested, the pharmacist “proceeded to lecture her about how Ivermectin was dangerous for her husband despite his doctor’s prescription, and he again refused to fill the prescription,” it says.

When Karla Salier fell ill with COVID-19, Dr. James prescribed her ivermectin and hydroxychloroquine, but the same Walmart refused to fill the prescriptions.

A Hy-vee supermarket in the same town, Albert Lea, also rejected efforts to obtain the drugs, though the pharmacist there did fill other prescriptions from Dr. James.

The Saliers found the animal-use version of ivermectin and used it as a treatment.

They believe the drug helped their conditions rapidly improve.

The complaint alleged a violation of the couple’s common law right to self-determination, intentional infliction of emotional distress, and tortious interference with the contract between the Saliers and Dr. James.

In its motion to dismiss, which was granted, Walmart said that Minnesota law does not confer the right to self-determination, that the Saliers did not adequately prove they suffered severe mental distress, and that its pharmacist complied with professional norms.

As proof, the defendant noted that the Iowa clinic also declined to give ivermectin to William Salier.

“The fact that other medical professionals acting independently took similar action suggests that Walmart’s conduct was not wrongful at all, and at the very least belies any claim that it was ‘so atrocious that it passe[d] the boundaries of decency and [was] utterly intolerable to the civilized community,’” it said, quoting a previous court ruling, adding that the Minnesota Board of Pharmacy said that a pharmacist could refuse to fill or refill a prescription “if, in the pharmacist’s professional judgement, there is a question as to the drug’s safety and/or efficacy.”

The corporation also said it did not interfere with the couple’s contact with Dr. James.

“The common law does not permit two parties to use a contract to impose duties on a stranger to the contract. Yet the Saliers allege nothing more than a passive refusal to assist. Moreover, even if the Walmart pharmacist’s mere refusal to fill prescriptions could be deemed a sufficient interference with a contract, the Saliers’ complaint itself demonstrates that it was not ‘without justification,’ as the tort requires. Because the pharmacist’s refusal to fill the prescriptions rested on his independent professional judgment, as Minnesota law permits, his conduct was justified,” the motion stated.

An expert affidavit was lined up but fell through, leading to the dismissal, said Marjorie Holsten, a lawyer for the Sailers.

If an appeal is lodged with the United States Court of Appeals for the Eighth Circuit, then one focus would be curing that issue.

“I think our chances in the Eighth Circuit are far better than they were before this particular judge,” Holsten said, noting that at one point the judge wondered why people would ever do anything that the U.S. Centers for Disease Control and Prevention says not to do, such as taking ivermectin for COVID-19.

“We found him just extremely hostile to our position,” she added. 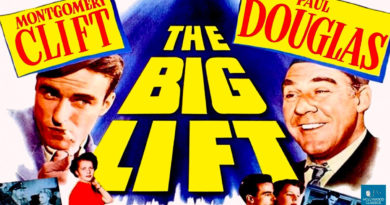