A new exhibit opens in Washington D.C. to honor Americans that served in the Korean War. A ceremony was held Wednesday to reveal the Wall of Remembrance near the Lincoln Memorial, a granite wall inscribed with the names of those who lost their lives in the war.

The wall features the names of more than 43,000 service members who lost their lives defending the nation and the people of South Korea. The names include over 36,000 American service members plus over 7,000 members of the Korean augmentation to the United States Army who fought alongside US troops.

Good morning from the Korean War Veterans Memorial. Today, a Wall of Remembrance, decades in the making, will be dedicated. 43,000 Americans and members of the Korean Augmentation gave their lives in that 3-year war. The memorial first opened in 1995. pic.twitter.com/ygpWp1mnmB

“This wall reminds us of the depths of their sacrifice, and instilled in us a call of duty to carry on their fight,” said South Korean Ambassador Lee Soo-Hyuck. “The service members we are here today to honor stood their ground in battlefields so that future generations could live in a vibrant democracy.”

Today I had the privilege of attending the dedication of the Korean War Veterans Memorial Wall of Remembrance. I was honored to be a part of this special day that reminds us that freedom is not free. 🇺🇸 pic.twitter.com/ImOnNMCrP9

“They always call the Korean War the forgotten war and I think this helps to dispel some of that,”  Doug Emhoff voiced. “Now with the names here people can come and visit and see their loved ones or even if they were not the family members but people that they knew. So, I think it’s a strong message.

The sloped wall was built to surround The Pool of Remembrance and reaffirms the memorial’s message “freedom is not free.”

MORE NEWS: Mark Meadows: Trump Likely To ‘Throw His Hat In The Ring’ For A 2024 White House Bid

7 Killed When Plane on Nazca Lines Tour Crashes in Peru 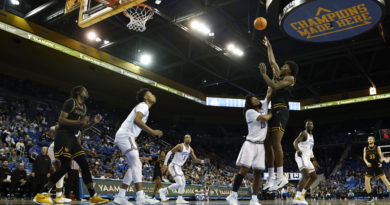