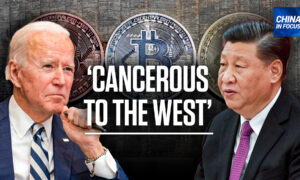 In this special episode, we sat down with Kyle Bass, founder and principal of Hayman Capital Management, and John Mac Ghlionn, journalist and researcher. They touch on President Joe Biden and Chinese leader Xi Jinping’s summit, the U.S.–China Economic and Security Review Commission, and what it means going forward.

When asked about actionable steps following the commission review, Bass said, “If we actually did one thing as a government, my preference would be to start harmonizing the lists between the Commerce Department’s Bureau of Industry and Security, the Treasury Department’s OFAC list, and the Pentagon’s DOD procurement list. … Here’s a great example. Today there are 257 companies on the BIS Entity List at Commerce. There are only seven entities on Treasury’s list that overlap. So there are 250 entities that are still ‘investable’ by U.S. individuals and institutions that the Commerce Department has flagged as a risk to U.S. national security. That makes no sense. And so if we start harmonizing the work that we’ve done in the various presidential Cabinet departments, I think we could go a long way to at least, if we don’t ban all investment in China, but we ban the companies that are state-owned and military-run or a risk to U.S. national security, that would be a quantum leap from where we are today.”

He also had a warning about China’s digital currency ambitions, saying, “I believe that the adoption of their central bank digital currency is cancerous to the West. It’s the adoption of the Chinese tech stack. It has a mind of its own. Their human data project is interfaced with their rollout of CBDC and they’ll be able to effectuate bribes to individuals outside of the purview of banking regulators or sovereign regulatory oversight. And so it’ll be a brave new world for a Chinese Communist Party who’s known to bribe, steal, coerce, to do everything they do as they move through the world. This gives them the ability to reach people directly, which is a real problem. So I don’t believe we can allow a little bit of it. I believe it to be cancerous. You can’t have a little bit of cancer. You either have cancer, or you don’t. And so we all need to be talking about the rollout of the CBDC and why it’s so vitally important to understand this in the context of China’s grand strategy.”

And as for the virtual summit between Biden and Xi, Mac Ghlionn said, “The reason why no progress has been made is because Taiwan is the main talking point. And essentially, China and the U.S. are speaking two very different languages, politically anyway. And I think that’s why no progress was really made. And I think it was all for show, all for show I don’t think there was any real significance to it.

“China has to look like that it’s coming to the table. We saw it at the Glasgow, at the recent climate summit. Well, the CCP didn’t even come to the table. Xi didn’t even come to Beijing, but you know, he sent a sent a strongly worded statement, if you would, about committing to a climate goal. And I think it’s a little bit similar with the meeting with Biden. China needs to look like that it’s playing ball. Biden needs to look … he has to look somewhat competent, especially after falling asleep in Glasgow. He had to redeem himself. So this is what I mean by it all for show. I think Joe Biden knows and the Biden administration knows, especially when it comes to Taiwan, that you can meet for three hours, 33 hours, 33 days, 33 weeks, it doesn’t really matter, because China’s obsessed with the reunification issue, and it’s not going to budge. And this is why I think it’s for show. Xi knew coming in where he stood, Biden knew and knows where Xi stands. But they have to meet because they’re two superpowers. And I suppose it’s like a geopolitical game of chess, you know, they need to sit down and figure each other out.”

Watch the full episode on EpochTV. 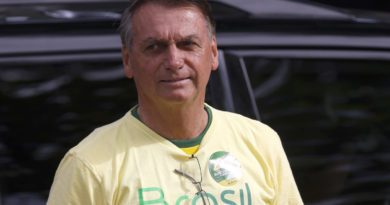