The Latin phrase pons asinorum literally means “bridge of asses” but for some 300 years has been deployed to mean the critical test of a formula or person, the decisive issue that reveals the essence of what we need to know. The pons asinorum of politics today concerns lockdowns, no more and no less. If you are wrong on that issue, you cannot be trusted with anything else. If you are correct about that issue, you deserve a listen.

For 31 months now, the issue has been the pons asinorum. An entire generation of public-health officials, private corporate big shots, and legions of politicians were flat-out wrong. They locked down their populations, meaning that they threw out hundreds of years of tradition of law and liberty because a handful of “experts” told them to do so. In a seeming instant, schools, churches, businesses closed, and billions were locked into their homes under the cover of virus mitigation.

They did this because the Chinese Communist Party declared that it was the way to get rid of COVID. For reasons we still cannot figure out, big shots throughout the Western world trusted their word and followed their path.

When the lockdowns finally ended, we faced another round of intolerable coercion. Adults and then kids at no medically significant risk from COVID were forced to accept a shot that had been untested by any normal standard, and told that they were being anti-social by being hesitant about it. Barely 18 months in, manufacturers are cranking out a fourth shot that we know was only tested on 8 mice but was approved by the FDA and CDC anyway.

Now we face the real possibility that many schools will be closed to children and families who refuse to go along.

Something is very broken in the world that would have allowed this to happen. We are left with appalling social, cultural, and economic carnage, including two years of lost education for youth, millions of closed small businesses, millions of fired or displaced workers, high inflation, intolerable government debt, and whole populations of people demoralized due to the loss of freedoms, property rights even over their own homes, and liberties we once took for granted.

I spoke last evening to a group of high-net-worth investors about this subject, and the audience was absolutely spellbound, not because my speech was great but because I was so blunt about the whole topic. It was the first time that anyone in their experience had spoken openly about this outrage. It reminded me that this is all still a taboo topic. This silence must end now. We need not just blunt talk but aggressive investigations and a passionate search for justice. Above all else, we must have ironclad and enforceable promises that such will never happen again.

That goes for censorship too. Soon Elon Musk will take over Twitter. Word on the street is that he will fire 75 percent of the existing employees. This is a good start. What they did was intolerable and outrageous. That goes for all the tech employees who were involved in censoring the truth, and goes for media outlets who carried water for corporate big shots and politicians throughout.

They must face the music now. Lockdowns and vaccine mandates—practices that no civilized society should tolerate—are also their pons asinus.

This is one reason that the election of Rishi Sunak as UK prime minister should be considered a good sign. He has plenty of issues and plenty of problems and he might fail. But remember that he was one of the only public figures in the whole of UK politics who condemned lockdowns and vaccine mandates from early on. He was a lone voice on the topic, during the same period in which Ron DeSantis opened up Florida to media howls of outrage.

Sunak’s position on this topic shows that he might be made of strong stuff or at least have some backbone and common sense. In terms of UK politics, he was the only person of his level of prominence in the party who had the moral credibility to step forward. And he had it because he was one of the few to voice opposition, however mildly and meekly. Still he was attacked brutally for his position at the time.

For example, Sam Bowman (now at the Mercatus Center in the U.S.) wrote for the Guardian a piece entitled: “Is Rishi Sunak the most dangerous man in government?”

“Sunak’s failure to push for elimination of Covid last summer, when only 0.3 percent of Covid tests in the UK were returning positive results and some parts of the country had come close to eliminating it altogether, may have contributed to tens of thousands of unnecessary deaths and hundreds of billions of pounds of lost economic output. If he has still not grasped that the only way to get back to normal is to eliminate Covid, and argues for a premature reopening that lets a vaccine-resistant variant emerge, he may be about to make the biggest mistake of his life.”

Far from being the “biggest mistake,” it was his proudest moment. As for Bowman, all talk of eliminating COVID is based on egregious ignorance of the science of virology and all historical experience of this type of virus, and a deeply immoral disregard of the rights and liberties of the people. That such opinions were ever allowed in print is a massive black mark against the media in any country. It’s the equivalent of writing that we should force people into spaceships destined for the moon so they can eat an all-cheese diet. It’s an egregious fantasy but this is the type of person who was published to oppose Sunak’s call to learn to live with the virus.

To be sure, Sunak remains a member in good standing of the World Economic Forum (WEF), which is certainly not to his credit. Premier Danielle Smith of Alberta, in the context of condemning lockdowns and mandates, has made a firm statement that she wants nothing whatever to do with the WEF and the bloviating buffoon Klaus Schwab and his ridiculous Bond-villain costume and act. That’s exactly the right attitude.

In order to retain his credibility, Sunak needs to do the same. The WEF has been a leading champion of lockdowns, bizarro theories of transhumanism, and an ownershipless future of bug eating, depopulation, and foraging. No civilized person should have anything to do with that clownish crew.

The rich only make the trek to Davos because they can and the practice is one of the few things remaining in human experience to distinguish their consumption habits from the hoi polloi. But these wealthy elites are also a fickle and migratory bunch and they can surely find some other place to hang their hats. The WEF is thoroughly discredited.

The same is true of the multitudes of politicians and bureaucrats at all levels of society who backed the lockdowns and mandates. They all need to go. The elections of Nov. 8, 2022, will be a good start but it is only that. The experience is the defining one of our lives, and nothing will be right about the world until the lockdowners and mandaters and their defenders and apologists are removed from positions of power and influence.

This will be a painful process for many but it must happen if we are to set the historical trajectory of genuine progress back on the right path. Rishi Sunak may only end up as a transitional figure but he obtained his position by virtue of his courage to speak out when it mattered most. Too many among the Conservative Party in the UK are tainted by cooperation with the entire scheme that ended up bringing down Boris Johnson.

A major reason why this topic remains so taboo today is precisely because so many people were involved, and that goes for all political parties in the country and in many countries. Still, we must have truth and we must strive for justice, despite the cancellations, the smears, and the attempt to silence those who speak out. This truly is the pons asinorum. Everyone will be judged by how they performed in these three years. 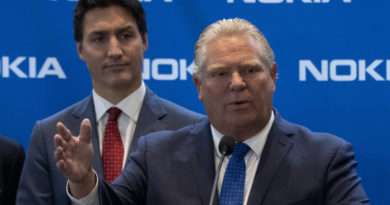