REGINA—Court records show a man believed to be at the centre of an Amber Alert for two missing children is a convicted child sex offender.

The documents say 50−year−old Benjamin Martin Moore, now of Eastend, Sask., was convicted in 2009 for sexual interference of a minor.

He was sentenced in Regina provincial court to two years and two months in prison.

Records say he served another three months in jail in 2011 after he was convicted of breaching a recognizance order.

RCMP say Moore is believed to be with seven−year−old Luna Potts, eight−year−old Hunter Potts and their mother.

Police issued an Amber Alert on Monday evening for the girl and boy, saying the children may have entered the United States with Moore.

Moore is described as being five feet 10 inches tall and weighing 200 pounds with black hair.

Police say Moore, the children and their mother may be travelling in a 2015 dark blue Chevrolet Equinox with the Alberta licence plate CGC 2492. 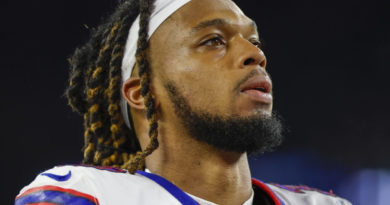