Sen. Joe Manchin (D-W.Va.) said on Dec. 12 that he has no intention of leaving the Democratic Party “right now,” a week after Sen. Kyrsten Sinema (I-Ariz.) announced that she was rebranding herself as an Independent.

Sinema announced the decision to leave the party on Dec. 9, prompting speculation that her occasional ally and fellow swing vote Joe Manchin might soon follow suit.

Now, Manchin has answered this speculation, saying he has no intention of leaving the party immediately. However, he did not rule it out as a future possibility.

“I’ll look at all of these things, I’ve always looked all these things but I have no intention of doing anything right now,” Manchin told reporters on Dec. 12.

“Whether I do something later, I can’t tell you what the future’s going to bring. I can only tell you where I am and my mindset,” he added.

Sinema announced her decision in a Twitter thread, which she expanded on in an op-ed the same day.

“I have joined the growing numbers of Arizonans who reject party politics by declaring my independence from the broken partisan system in Washington and formally registering as an Arizona Independent,” Sinema wrote. “Over the past four years, I’ve worked proudly with other Senators in both parties and forged consensus on successful laws helping everyday Arizonans build better lives for themselves and their families.”

Manchin and Sinema have often teamed up against the rest of their party over the course of the 117th Congress, in which Democrats have the thinnest-possible Senate majority.

Their opposition was instrumental to the failure of an effort by Democrats in 2021 to weaken or abolish the filibuster in order to pass expansive election legislation.

The two also collaborated against their party’s original $3.5 trillion draft of the so-called “Build Back Better” Act (BBB), prompting Democrats to slash the price nearly in half. This too failed after Manchin announced unilateral opposition to the package in Dec. 2021.

Manchin said that he “[wants] to work with Kyrsten every day, the same as I have before.”

“I tremendously respect her decision and wish her the best,” the West Virginia Democrat added.

During heated negotiations over the BBB in October 2021, when Manchin was receiving vocal criticism from the left wing of his party for his opposition to the package, he threatened to become an Independent.

“I said, me being a moderate centrist Democrat, if that causes you a problem, let me know and I’d switch to be an Independent. But I’d still be caucusing with Democrats,” Manchin said at the time.

Likewise, Sinema has said that she will not be caucusing with Republicans.

“She asked me to keep her committee assignments and I agreed,” Schumer said in a statement to news outlets on Friday. With Sinema as an Independent, Democrats will hold majorities on committees and will have more subpoena power following Sen. Raphael Warnock’s (D-Ga.) reelection earlier this week.

“We will maintain our new majority on committees, exercise our subpoena power, and be able to clear nominees without discharge votes,” he proclaimed. Schumer did not provide more details.

Because of this, Sinema’s defection will have relatively little impact on the balance of power in the upper chamber.

Two other Independents in the upper chamber, Sens. Bernie Sanders (I-Vt.) and Angus King (I-Maine), also identify as Independents but caucus with Democrats.

But in interviews and in her opinion article announcing the move, Sinema declined to explicitly say if she would join them.

“When I come to work each day, it’ll be the same,” Sinema told CNN. “I’m going to still come to work and hopefully serve on the same committees I’ve been serving on and continue to work well with my colleagues at both political parties.”

Both Sinema and Manchin would be up for reelection in 2024 in a term expected to be tough for Senate Democrats, with several Democrats in tight swing states facing reelection bids.

Manchin has not announced whether or not he will seek reelection in 2024 as he faces attacks from the left wing of his party.

It’s also unclear if Sinema will seek reelection in 2024.

Some Democrats, including Rep. Ruben Gallego (D-Ariz.), have already lined up to possibly challenge her for the seat in 2024.

“Unfortunately, Senator Sinema is once again putting her own interests ahead of getting things done for Arizonans,” Gallego said in a statement on Friday.

Because he has said he would still caucus with Democrats even if he did switch to Independent, such a move by Manchin would also have little effect on the Senate’s balance of power.

Joseph Lord is a congressional reporter for The Epoch Times. 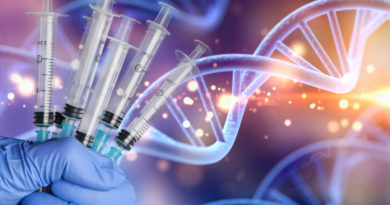