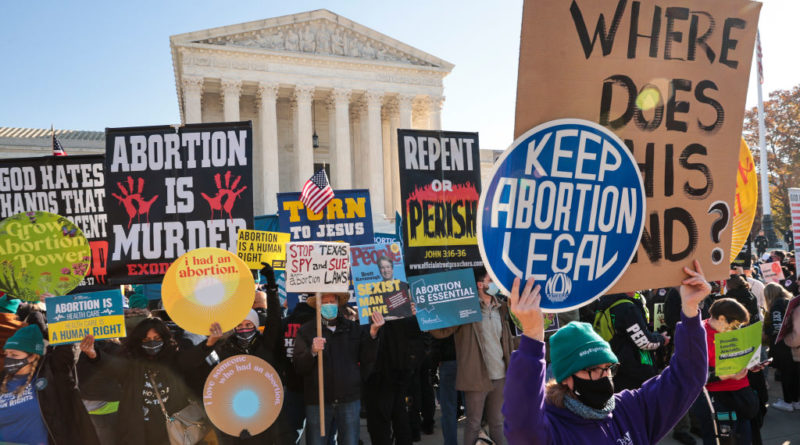 
A lawsuit filed in Mississippi seeks to establish that the state constitution doesn’t protect a right to abortions.

The Mississippi Justice Institute (MJI)—a nonprofit constitutional litigation organization—filed the lawsuit on Nov. 14 on behalf of the American Association of Pro-Life Obstetricians and Gynecologists.

MJI is the legal arm of the Mississippi Center for Public Policy, itself an organization that advocates for low taxes, light regulation, higher standards in education, and American exceptionalism.

“Although the U.S. Supreme Court has reversed course and overruled Roe and held that it does not protect the right to abortion, there is still a Mississippi Supreme Court opinion that holds that the Mississippi Constitution protects the right to abortion,” MJI Director Aaron Rice told The Epoch Times. “What we’re seeking is [for] the courts to look at this again and either declare that opinion is either no longer good law, or to overrule that opinion.”

According to MJI, the legal ambiguity has placed state physicians in “an impossible Catch-22.”

“Several medical societies and board certification authorities have issued guidelines suggesting that it is unethical, and potentially punishable by the government, for physicians who oppose elective abortion to refuse to provide or refer patients to other providers for lawful, elective abortions,” MJI said in a statement. “But whether elective abortions are ‘lawful’ in Mississippi depends on whether the Mississippi Supreme Court’s opinion in Fordice is still valid.”

In June, the U.S. Supreme Court overturned Roe v. Wade, holding that it does not protect the right to abortion on a federal level, giving the decision back to the states.

After the ban took effect on July 7, anyone who performs or attempts to perform an abortion will be charged with a felony punishable with a prison sentence of up to 10 years. Exceptions apply to cases of rape, incest, or pregnancy endangering the mother’s life.

The Supreme Court ruling upheld a Mississippi law that bans abortion after 15 weeks of pregnancy, in addition to overturning Roe.

The JWHO in Jackson, Mississippi, the state’s only operating abortion clinic, sued the state over the Gestational Age Act, which only allows for abortions after 15 weeks of gestation in case of medical emergencies or severe fetal abnormality.

The Gestational Age Act was signed into law in March 2018 before JWHO filed suit against the state challenging the constitutionality of the legislation, arguing that the law went against the court’s 1973 Roe v. Wade ruling that women had a right to abortion based on the premise of the right to privacy as a constitutionally protected right.

Those who are pro-life and many legal scholars have argued that the Supreme Court’s interpretation of the 14th Amendment providing a fundamental right to privacy, protecting a women’s right to abortion, was too great a leap of interpretation.

The state then appealed the Fifth Circuit’s decision to the U.S. Supreme Court in June 2020, which ruled in favor of the state and overturned Roe v. Wade on June 24.

The 1998 Mississippi Supreme Court’s opinion in the Fordice case “relied heavily” upon the U.S. Supreme Court’s holding and reasoning in Roe and Casey, which paved the way for restrictions.

Rice said MJI is confident it will either overrule or hold that Fordice is no longer good law because the overruling of Roe and Casey “should fatally undermine Fordice.”

The lawsuit was filed in the Chancery Court of Hinds County, Mississippi. The Mississippi Supreme Court will likely decide the case.

“For 49 years, abortion policy was removed from the democratic process and decided by federal courts,” Rice said.