Republican Sen. Susan Collins (Maine) said she believes Jan. 6 was a very dark day for the U.S., but she also said that doesn’t legitimize House Speaker Nancy Pelosi’s (D-Calif.) partisan committee. Speaking to CNN’s Jake Tapper on Sunday, she said she doesn’t believe the committee will be seen as credible.

She went on to say how she fought hard for a bipartisan commission and is disappointed that such was not approved. “I think it would have had far more credibility than Pelosi’s partisan committee that she has set up,” Collins said referring to her hopes there would be a 9/11 style commission.

Immediately running cover for Pelosi, Tapper interjected to defend the stance that the committee actually was partisan because of the presence of anti-Trump Republicans Liz Cheney (Wyo.) and Adam Kinzinger (Ill.). When asked if she trusted the pair’s judgement, Collins said she does, but how it still did not mean the committee would be fair.

“I do not think it was right for the Speaker to decide which Republicans should be on the committee,” says GOP Sen. Susan Collins on House Speaker Nancy Pelosi’s decision to reject two of House Minority Leader Kevin McCarthy’s picks for the Jan. 6 select committee. #CNNSOTU pic.twitter.com/qNS4N2Ep2C

Tapper commented again, trying to justify Pelosi throwing Republicans Jim Jordan (Ohio) and Jim Banks (Ind.) off the committee and called them “election liars” for their reluctance to certify what they saw as a fraudulent election.

Collins is the latest in a long line of Republicans to openly call the commission partisan. Even among Republican senators who voted to convict President Trump in the second impeachment, Collins isn’t the first to speak up. Pennsylvania Sen. Pat Toomey (R) also supported a bipartisan commission to look into the events of that day.

However, in an interview last week, Toomey said the point of Pelosi’s partisan commission is to target all Republicans. “I think we should be candid about the fact that it is politically to the advantage of Democrats to try to keep this issue in the forefront,” said Toomey. 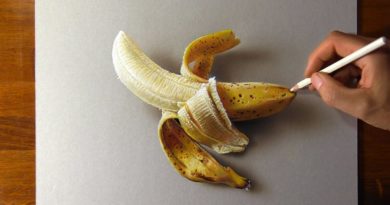 Drawing a Peeled Banana: So Realistic You Would Eat It