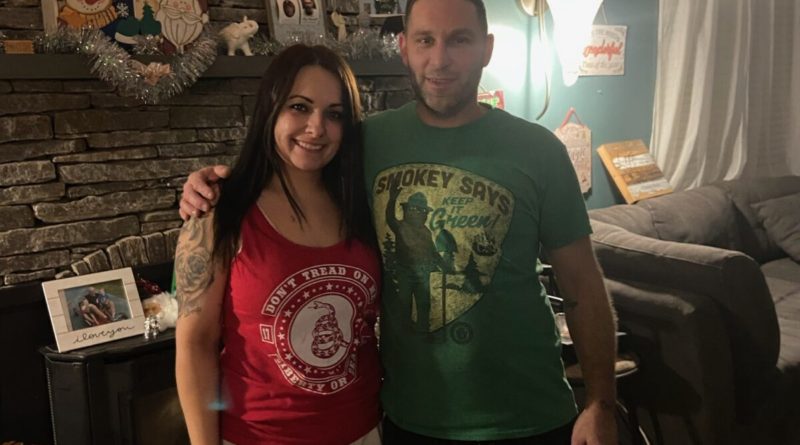 
A Massachusetts mom of three is facing criminal charges—including breaking and entering—after reporting disturbing security flaws she discovered by posing as an intruder in local schools.

Kayla Churchill told The Epoch Times her actions were in response to the tragic Uvalde shooting that left 19 children and two teachers dead.

Churchill said she was quickly buzzed into four schools in the Freetown-Lakeville Regional School District, granted entry under fake names—including a male one—and walked freely around the halls without a single school staff member questioning her.

She also filmed her entire unchecked walkthroughs around the Cape Cod schools, including a door to the outside she said she found propped open.

“I have to say I went from just looking for some peace of mind to bring home to my son to being absolutely angry and shocked,” said Churchill. “It was one red flag after another.”

Churchill said her 6-year-old son was inconsolable following the Uvalde massacre in May and that he was afraid to go to school for fear a shooter could easily slip into his school like 19-year-old Salvadore Ramos did to carry out his deadly intentions at the Robb Elementary School in Texas.

According to Churchill, when she reported her findings, one school principal apologized to her for what she said he called “human error.”

She also later met with the school’s resource officer Valerie Bartholomew, also a Lakeville police officer, and School Superintendent Alan Strauss, both of whom she said were dismissive about her findings and asked her, she says, not to share them with anyone.

Bartholomew did not respond to inquiries from The Epoch Times about Churchill’s claims.

Strauss did not answer questions about Churchill’s claims, but instead responded with an email referring to “Lakecam,” a local cable tv station where he said “the history of security updates and our work prior to the breach” can be viewed.

Churchill said she was actually acting on a suggestion by Strauss to check the school’s safety for herself after she spoke to him about her son’s concerns.

Court records provided to The Epoch Times, show that Bartholomew wrote up an incident report the day after Churchill informed her and Strauss of her findings.

Churchill said she was initially issued a no-trespass order by the school barring her for school grounds, but a few days later, Bartholomew emailed her notifying her that there were charges being filed against her.

According to a Lakeville Police Department Incident Report, they included additional trespassing charges and misdemeanor break and entering.

The 28-year-old mom was also fired from her part-time job as an office cleaner for the Massachusetts State Crime Lab in nearby Middleboro.

“My goal was to do these little jobs to get my foot in the door,” she said.

Churchill, who has complained about the liberal offerings in the school including LGBT events, sexually graphic books, climate change lectures, and Critical Race Theory teachings, has removed her children from the Lakeville-Freetown School District, and placed them in a private Christian school.

Ken Trump, a national school safety consultant who has been an investigator on cases including the 1999 Columbine school shootings in Colorado and the Sandy Hook elementary school massacre in Connecticut, told The Epoch Times, that parental anxiety about school safety has escalated to the “worst he has seen” following the Uvalde shooting.

He said the shootings not only brought into question schools’ security and preparedness, but also local police response.

At Uvalde, police remained in a stand-down position as Ramos actively shot and killed children inside the school, setting off outrage across the nation.

Trump said it is rare for police not to respond properly to school threats. The bigger problem, he said, is individual school staff who do not practice what they were taught in school safety training.

He points to a threat assessment he was hired to conduct at a large school district on the East Coast after it had just spent what he described as an enormous amount of money on a state of the art security system.

He also said the people making the decisions to call for a lockdown are very typically school receptionists who are afraid to make the call for fear they are putting out a “false alarm” and often feel it’s “above their pay grade” to make those kinds of decisions.

Trump also named several common security breaches that yet continue to go overlooked at schools. The Epoch Times has decided not to publish them.

While the Uvalde school district had an active shooter policy, an investigation by a review committee found a long list of security flaws at the school including reports that the elementary school where Ramos carried out his rampage had a history of leaving doors propped open, just as Churchill had found.

Trump, who provides consulting work under his company National School Safety and Security services, said dangerous school intruders and safety threats for students are definitely on the rise.

His Facebook page is riddled with a disturbing number of new incidents that seem to occur almost daily in the United States and it’s not just inside schools.

On Dec. 3 in Delaware, a moving school bus filled with children was sprayed with gunfire stemming from a police chase. None of the children were hurt and a bus driver escaped with only a graze thanks to a metal part of her seat.

Trump posts include a mix of schools successfully thwarting threats and schools that failed to properly address safety threats even after they occurred.

According to a police report stemming from the Dec. 11 arrest, the school never reported the incident.

Schools are also under fire for not prioritizing safety.

A Maryland family just filed a lawsuit against their 15-year-old daughter’s high school where she was shot in the bathroom by another student.

The suit alleges the school created a dangerous environment by cutting funding for its school resource officer—although that is the same job Bartholomew holds with the Lakeville-Freetown school district that Churchill breached.

Trump says schools are also suffering from “lockdown fatigue” that might be leading to some letting their guard down.

Last month, the Georgia Emergency Management and Homeland Security Agency reported a record high of hoax calls reporting bomb threats and active shooters at schools. The agency expanded its investigation and reported that it found at least 400 schools in the United States went into lockdown over false reports.

In the reported security flaws following the Uvalde massacre, the committee found some faculty and staff did not initially take the intruder alert seriously because they are frequently triggered by immigration-related police pursuits, which are commonplace with Uvalde being only about 50 miles east of the Mexico border.

In other findings, the Texas review committee also found teachers reported having difficulty getting door locks to lock and that doors were left unlocked due to a key shortage.

“Had school personnel locked the doors as the school’s policy required, that could have slowed his progress for a few precious minutes—long enough to receive alerts, hide children, and lock doors,” the committee found in its report.

Churchill said she never intended to do much more than make sure she couldn’t “get past the gates” of her son’s school, until she kept finding more and more safety concerns.

She ended her exploits at her last stop at the high school, when a student asked her who she was and why she was filming the school.

Churchill said after the student approached her, she went to the gym teacher and told her breach of school had gone undetected by the school faculty.

Trump said while Churchill should have probably found a different way to investigate potential security flaws at her local schools, he feels that charging her is the wrong response.

“The policy should always be if you mess up, fess up—and fix up if you have vulnerabilities,” said Trump. He added parents and the school “should really sit down and work on this together.”

Churchill is scheduled to appear in Wareham District Court on Jan. 31 on the charges against her. A family friend has set up a gofundme page in hopes of raising enough money to hire her an attorney.

The Edge of Recession