A lawyer at an appeal against the National Crime Agency’s (NCA’s) use of data from French police’s hack of the EncroChat encrypted phone network has accused the NCA of having a “closed mind” when it applied for a warrant in March 2020.

The Investigatory Powers Tribunal (IPT) is hearing a three-day appeal against the granting of a Targeted Equipment Interference (TEI) warrant, which the NCA obtained on March 25, 2020, in order to access up to 9,000 EncroChat devices in the UK and investigate the owners of those devices.

Lawyers for 10 individuals targeted say the NCA knew the French gendarmerie’s hack of EncroChat, known as Operation Emma, was a live intercept—something the NCA deny—and should have requested a Targeted Interception (TI) warrant but it would not have allowed the evidence from the encrypted devices to be used in an English or Welsh court.

Abbas Lakha, KC, said when the NCA applied for the TEI warrant for Operation Venetic they had already been told by the French gendarmerie about a third of the EncroChat devices were being used for purposes which were not illicit or criminal.

He said that meant it was “bulk” surveillance, rather than a “thematic” operation.

As for why they had sought a TEI warrant in those circumstances, Lakha said, “The only reasonable conclusion is the NCA deliberately closed its mind to the question of bulk because it concluded that such a warrant would not be able to take advantage of the remarkable opportunity before it presented by Operation Emma.”

Lakha said none of the information about how many people were using EncroChat for non-criminal purposes was disclosed to the judicial commissioner who granted the TEI warrant.

Lakha also referred to an email from Simon Armstrong, from the NCA’s legal department, to Matt Horne, who was the gold commander in Operation Venetic, in which he warned of the danger of putting things in writing which might cause “reputational risks to the organisation.”

Simon Csoka, another barrister for the EncroChat appellants, echoed Lakha’s assertions of a “closed mind” conspiracy and described the NCA as having a “three wise monkeys” approach to the French hack.

Hundreds of people who have been jailed based on evidence from EncroChat could have their convictions overturned if the NCA’s original TEI warrant for Operation Venetic is set aside.

In May this year Paul Fontaine, 36, and Frankie Sinclair, 34, were jailed for life, with a minimum term of 18 years for conspiracy to murder. Operation Venetic officers identified Fontaine as using a EncroChat device under the codename Usualwolf and Sinclair was identified as NudeTrain.

On Wednesday, the NCA officer at the heart of Operation Venetic, Emma Sweeting, denied deleting a key document related to a Europol briefing on EncroChat in February 2020. She disclosed the so-called “blue-black note” but only discovered a fuller “rolling note” on her laptop in October 2022. She told the tribunal that was her “complete error.”

On Thursday, Matthew Ryder, KC, told the chairman of the panel, Mr. Justice Edis: “We respectfully submit that Miss Sweeting, the crucial NCA witness when it comes to this exchange, is not a reliable witness and did not give an accurate account to the judicial commissioner or to you.”

He said “any responsible officer” would know the blue-black note could not be the contemporaneous note she took at the Europol meeting.

Ryder said there was a test that had to be passed when deciding whether a warrant could be set aside and he said the IPT panel had to to decide if the original judge—Sir Brian Leveson—who granted it “may well have refused” to grant it, if he had known all the facts which were now known.

Referring to the NCA’s knowledge of the French hack of EncroChat when they applied for the TEI warrant, Ryder said, “The NCA was well aware that its grasp of how this was being done was, at best tenuous.”

Ryder said no officer wrote down how the hack was carried out—which was based on a conversation between Sweeting and the senior gendarmerie officer, Jeremy Decou—was not written down at all until September 2020, and he described that as a “shocking position.”

He said Decou gave “almost completely the opposite answer” to Sweeting about how EncroChat was hacked, by means of an implant, and repeatedly referred to it as “live.”

Ryder said: “If any exchange happened between her and Mr. Decou … she has misrepresented this exchange as something it was not, giving it a weight and understanding that she did not have … We submit Miss Sweeting either knew this or was wilfully blind and recklessly indifferent as to whether she was presenting her position in the way she later claimed she was.”

Ryder pointed out this information was not available to Leveson when he granted the original TEI warrant.

Responding, on behalf of the NCA, Sir James Eadie, KC, rejected the idea there was a “full-blown closed minds conspiracy,” which included not asking questions of the French because they feared what the answers would entail.

Eadie said, “The NCA, we submit, approached the February 2020 Europol meeting with an open mind, made appropriate inquiries and were satisfied at the end of that meeting that TEI and not TI was the correct warrant.”

Of the French hack, Eadie said, “The precise mechanisms are shrouded for understandable reasons under the banner of French national security.”

But he added that even if the NCA’s original “rational understanding” of how the French hack—which was shrouded—worked was “mistaken,” it did not “mean that the activity is not carried out in accordance with the warrant.”

The appeal hearing is due to conclude on Friday but the tribunal will not give a decision until the New Year. If the appellants lose, they are expected to take the case to the Court of Appeal. 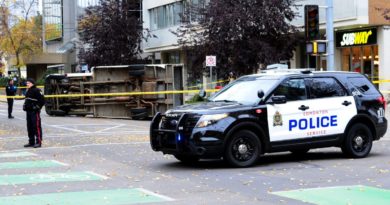