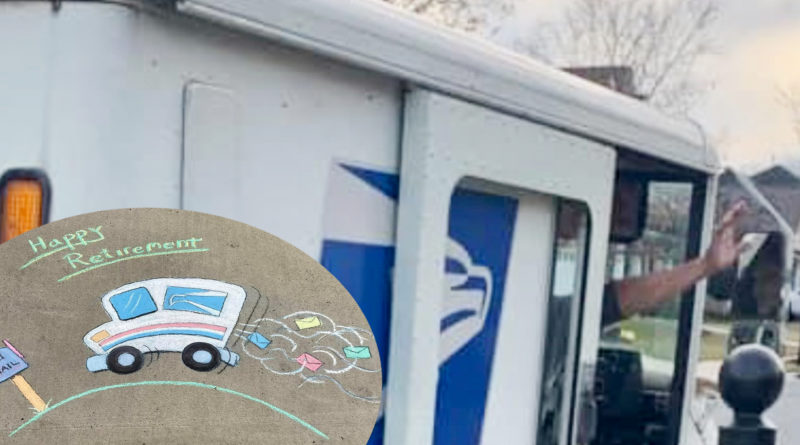 
When a group of neighbors from North Carolina learned that their favorite mailman was taking early retirement to battle cancer, they leaped into action to show him how much he meant to them. Within days, they’d organized a party, collected cards, and gifts, and raised money to help with his medical bills.

Mail carrier “Mr. John” is as beloved a mailman as they come.

According to a Facebook post Mr. John’s (aka “Best Mailman ever”) cancer had returned and doctors suggested that his treatment had to start immediately, encouraging him to retire early.

“He’s the most kind-hearted man you’ll ever meet, he would do anything for anybody. He would carry the packages from his truck to the door if they wouldn’t fit in the mailbox,” Kelly Augustine, a nanny, hairstylist, and energy healer from the Glengrove neighborhood of Concord, North Carolina, told The Epoch Times.

“Always waving … any time you drove down the street and passed him, he was waving at you,” Augustine’s neighbor and event planner Wendy Palmer said.

Both in their 40s, Augustine and Palmer said that Mr. John has been delivering mail to Glengrove for at least ten years. When they learned of Mr. John’s health issues, a friend from their community social committee, Melissa, shared an idea: a party for the mailman’s benefit.

Augustine said, “It just escalated from there … Everybody loves Mr. John the mailman, and everybody wanted to contribute and help him out on his healing journey after he retired.”

Palmer added, “We put balloons on every mailbox, and it was very quick to come together … in one day we got probably 70 or 80 homes and residents donating. We started raising money on a Thursday, Friday we had almost all of it, and Saturday we collected the last bit.”

Some residents baked cookies, and others gave him heartfelt gifts; while children made signs and cards—by the time the party started, they had collected over $2,000 in donations.

“Oh man, it was John! He’s just a very genuine person and was grateful for all the love, and maybe even a little overwhelmed, but he didn’t show it because he’s a pretty tough guy,” she said. “I’ve never seen the neighborhood rally so quickly, and it is the season of giving.”

“It’s the best feeling ever,” Augustine said, while Palmer insisted that a little kindness goes a long way. It’s a lesson they learned from Mr. John.

“I think that’s probably the biggest thing our mailman taught us; just a smile, a wave, a whistle, a honk, that’s all he did. He was just doing his job, but he did it with kindness every single day,” Palmer said.