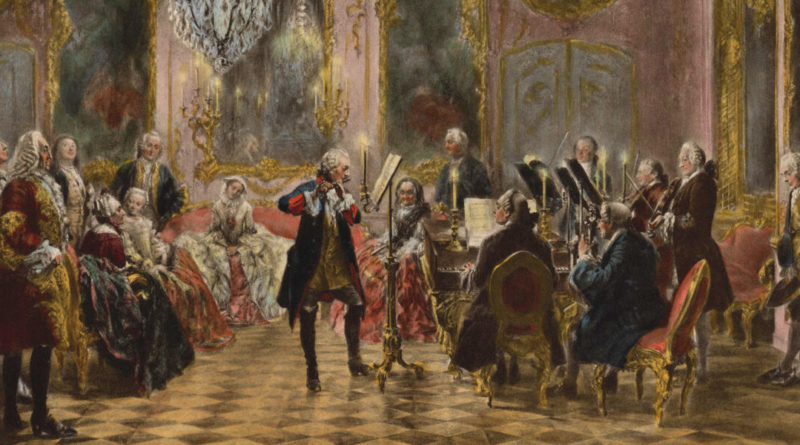 
We’re now enjoying the winter holiday season, the time of the year to be with loved ones, feel goodwill toward all, and go to a festive concert or two.

For many weeks already, there has been a nice selection of concerts or performances to choose from, such as George Frideric Handel’s “Messiah” or Pyotr Ilyich Tchaikovsky’s “Nutcracker.”

Johann Sebastian Bach’s “Brandenburg Concertos” are also sometimes performed at this time. In many places around the world, these six concertos have become a holiday staple, perhaps due to the values they convey.

Bach’s project was too ambitious at the time, due to its sheer instrumental variety and technical difficulty.

The “Brandenburg Concertos” are in the “concerto grosso” form, literally “big concerto” in Italian, where a large number of instruments become soloists within an orchestra. Bach elevated this Italian form and expanded its musical possibilities, giving each instrumental family a solo.

In the first concerto, Bach composed solo roles for three oboes, two horns, one violin, and one bassoon, making the first one almost symphonic. However, horns and oboes weren’t widely available then.

The most famous concerto, the second one, presents a piercing trumpet solo as well as solos for the recorder, the oboe, and the violin, creating an electrifying exchange between the instruments.

The third concerto, composed in Vivaldi’s concerto model using four violins, features a string ensemble in the first and last movements where the players constantly shift roles. However, three cellos or violas were hard to come by back then as well.

The technical difficulty continues with the remaining concertos. In the fourth one, Bach combines a concert for violin with a “concerto grosso,” having the violin compete with two bevel flutes.

The fifth concerto prominently features the harpsichord, accompanied by the transverse flute.

Finally, the sixth concerto is probably the most intimate one, dominated by a string ensemble.

Yet a composition of this technical brilliance almost didn’t see the light of day. In 1721, Bach sent these six concertos to Christian Ludwig, the margrave (marquis) of Brandenburg, in response to a musical commission. This later became what has been called one of the most famous failed job applications in classical music history.

Unfortunately, Bach never received payment or heard back from the margrave, and his compositions were only discovered a century later. While Bach’s job application failed at the time, his concertos now uplift and inspire people all over the world. An initial failure transformed into a timeless masterwork and a holiday staple. Each note Bach composed is a message of perseverance. It is about having a bigger sense of belief, with a purpose beyond the self.

Today, the “Brandenburg Concertos” are regarded as masterpieces of instrumental Baroque music and are some of Bach’s most important works. Simply put, they bring joy to the world.

Ariane Triebswetter is an international freelance journalist, with a background in modern literature and classical music.