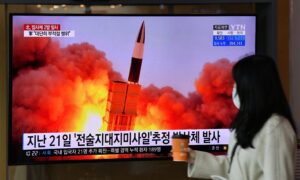 New updates on the Boulder Colorado shooter. The suspect had a history of rage and he bought the assault weapon less than a week before the shooting. But how are the residents coping after the tragedy? North Korea conducts its first missile test since President Joe Biden took office. Biden calls the test “business as usual.” We hear the Pentagon’s response. Migrant protection groups say smugglers are encouraging parents to send their children to the U-S alone. They say it’s because of Biden’s policy changes. What came out of initial talks between the U.S. and Mexico?