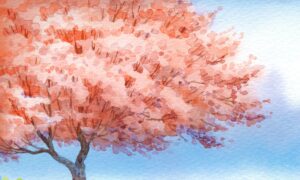 In her late 40s, Judy Crotchett would pick up a teenager named Richard from a group home in Kansas City, Missouri, on the weekends. This relationship with the troubled youth changed the direction of his life—and hers. Nearly 30 years later, and still mentoring Richard—who now has a family of his own—Crotchett has signed up as a child advocate in court to give voice to institutionalized children.

The Ozanam Home for Boys is a facility that offers residential treatment and housing for youth ages 6–18. The facility provides emotional and behavioral support to help them heal from past trauma. Richard Schultz was 12 and living at Ozanam when Crotchett began voluntarily working with him as a youth mentor. After a while, Schultz started calling Crotchett “Mom.” “He said, ‘You’re the only mom I’ve ever had.’ He was such a sweet, sweet boy,” she said in an interview.

Asked if the two just “clicked,” Schultz replied, “Yes, we did. I actually loved her, you know, like, three days after we met.” Schultz said his childhood was far from ideal; he didn’t realize his father and his mother were physically and emotionally abusive. By the time Schultz was taken into protective custody, he was malnourished and traumatized from years of abuse.

Every Sunday, Crotchett would pick him up from the group home and take him to Sunday school. Afterward, the two of them would play games, go to the park for a picnic or dine at a restaurant, ride bicycles, or watch a movie. She said, “That day was his. Whatever he wanted to do, wherever he wanted to go, we did it.” Crotchett owned a real estate company that purchased homes, rehabbed them, and then sold them. One Sunday, when Schultz was 13, the two visited one of the homes that was being rehabbed so Crotchett could check on progress.

Schultz took an interest in the construction work. “I asked Richard if he wanted to work with [the foreman] and learn what he does; and he said, ‘Yeah.’ So that became his favorite thing to do. If I was working on a house, I’d pay him and we’d go and spend the day working on that house together.”

The two spent Sundays together until Schultz turned 18 and moved to a transitional living space in Bolivar, Missouri. Crotchett would visit him on occasion, and she remained his advocate, helping him move out of the temporary lodging and into his own home. Once he did that, Schultz began asking neighbors if he could mow their lawns or fix items around the house. He started taking home broken bicycles, televisions, or microwaves that were thrown in the trash and fixing them up. After working in Crotchett’s repair business for so long, Schultz realized he had a knack for fixing things. He started running an ad that Crotchett helped design, announcing his repair services. “Someone would say they had a broken window on their car, or an outdoor faucet that needed replacing. Richard didn’t know how to fix these items but he would figure it out. He was naturally talented that way,” Crotchett said.

Eventually, Schultz saved enough money for a down payment on a house. By then, he had a son, and he purchased a home near a lake where his family could live. Crotchett said of Schultz, “He goes to church every Sunday. He’s a great father. He takes his boy with him everywhere he goes. He teaches him all these skills. He fishes with him. In fact, his wife and his boy go with him to work and they all work together—like they’ll paint a deck or they’ll build a deck or whatever the job is.”

Now 41, Schultz said of their relationship, “Before I met Judy, I never had a motherly figure. How you’re treated as a kid affects every part of your life for the rest of your life. Judy was so inspiring for me. I think that she had more of an impact on my life than anybody else could even understand.”

Schultz and Crotchett still speak on the phone weekly. Crotchett is getting ready to start a new chapter helping disadvantaged youth. The program was put on hold due to the pandemic, but she will soon take a training class to start working as a court-appointed advocate. She said that after training, she will start working with a youth who is in the court system, touching base once a week. Once the youth goes to court, Crotchett will attend and speak as an advocate and make recommendations for the child. She said it gives the child a voice that might not be heard without an adult advocate—just like she has done for so many years.

Trump: ‘What’s Happened to Israel Is One of the Great Injustices’