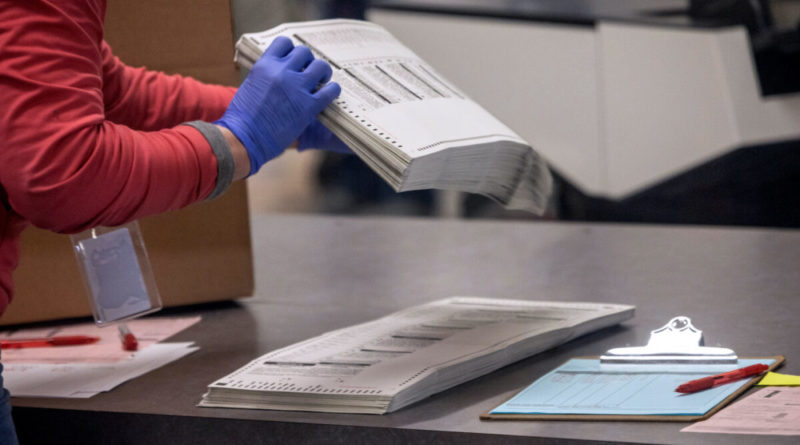 
A 44-year-old man was charged on Wednesday for allegedly leaving threatening voicemails for an unnamed election official with the Arizona Secretary of State’s Office in August.

According to the Department of Justice (DOJ), on or around Aug. 2, Russell allegedly left a voicemail with the secretary of state’s office saying: “This message is for traitor [Victim-1’s full name]. You’ve drug your feet, you’ve done nothing, to protect our election for 2020. You’re committing election fraud, you’re starting to do it again, from day one. You’re the enemy of the United States, you’re a traitor to this country, and you better put your sh[inaudible], your [expletive] affairs in order, ’cause your days [inaudible] are extremely numbered. America’s coming for you, and you will pay with your life, you communist [expletive] traitor [expletive].”

On or around Sept. 9, Russell allegedly left another voicemail, according to the indictment.

In it, he reportedly said: “This message is for terrorist [Victim-1’s last name]. The only reason you’re still walking around on this planet is because we’re waiting for the midterms to see you prosecuted for the crimes you have done to our nation. You are a terrorist. You are a derelict criminal. And you have a few short months to see yourself behind bars, or we will see you to the grave. You are a traitor to this nation, and you will suffer the [expletive] consequences.”

On or around Nov. 15, Russell allegedly left a final voicemail in which he said, “This message is for communist, criminal, [Victim-1’s full name]. We will not endure your crimes on America another day. You’ve been busted, over and over again. We will not wait for you to be drugged through court. A war is coming for you. The entire nation is coming for you. And we will stop, at no end, until you are in the ground. You’re a traitor to this nation. You’re a [expletive] piece of [expletive] communist, and you just signed your own death warrant. Get your affairs in order, cause, your days are very short.”

On Nov. 14, six days after Arizona’s election, Secretary of State Katie Hobbs, a Democrat, was declared the winner of the gubernatorial race against Trump-endorsed Republican Kari Lake, who continues to question the legitimacy of the election.

The court documents don’t name the recipient of the voicemails.

Russell was arrested and made his first court appearance on Dec. 12.

The Justice Department’s Election Threats Task Force has led the case, as well as the DOJ’s initiative to address threats of violence against election workers.

Did We Open Pandora’s Box?

Discover Windsor Before the Tourists Return