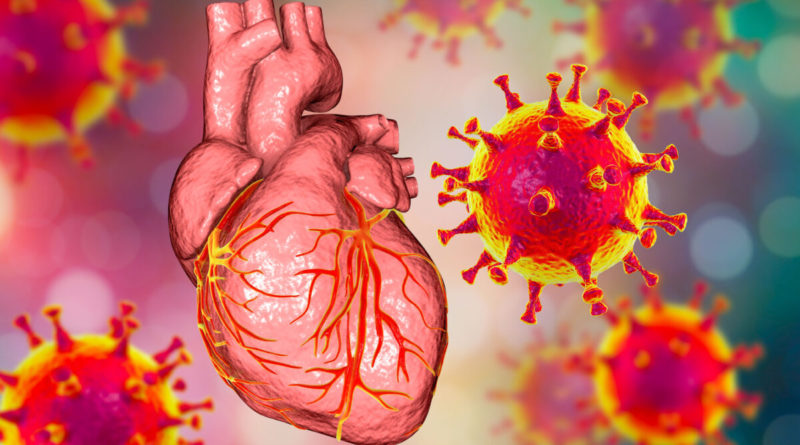 
Medical pathologists from Heidelberg University Hospital in Heidelberg, Germany have published direct evidence showing how people found dead after mRNA vaccination died. As this team of six scientists explore in their study, these mRNA-vaccinated patients suffered from heart damage because their hearts were attacked by their own immune cells. This autoimmune attack on their own heart cells then leads to their damaged hearts beating so many times per second that, once the tachycardia unexpectedly started, they died in minutes.

The article, “Autopsy-based histopathological characterization of myocarditis after anti-SARS-CoV-2-vaccination,” was published on Nov. 27, 2022, in the journal Clinical Research in Cardiology, the official journal of the German Cardiac Society. The research team autopsied 25 victims of different ages who were found dead at home within 28 days of vaccination. They looked at their heart tissue under the microscope to find out why these people died of cardiac rhythmic disruption when they had no apparent underlying heart disease.

In the authors’ own words: “Our findings establish the histological phenotype of lethal vaccination-associated myocarditis.”

In a video analyzing the results, nurse educator Dr. John Campbell, who is based in the United Kingdom, told his audience: “This is peer-reviewed. This is proper science, and a definitive pathological diagnosis by a group of leading German pathologists.” Campbell’s video has been viewed 918,000 times. He has 2.58 million subscribers on his channel.

Died of Ventricular Tachycardia or Fibrillation

Ventricular tachycardia is when the heart begins beating so fast that it doesn’t have time to refill with blood between beats, so it is not adequately pumping blood. The problem originates from the ventricles: the chambers that push the blood out of the heart to the rest of the body.

Fibrillation is when, instead of the heart actually beating, it starts to just quiver. This problem can originate from the ventricles or the atria. The atria are the upper chambers that basically suck blood into the heart by expanding and contracting. Though more people are familiar with A-Fib (atrial fibrillation), ventricular fibrillation is much more dangerous, and usually lethal within minutes.

The deceased whose hearts were autopsied in this study were found dead at home, each having died of ventricular tachycardia or fibrillation within 28 days of mRNA vaccination.

Macrophages are large cells that are part of our immune system. When the immune system is functioning properly, our bodies use macrophages to attack infectious agents and other foreign matter. Macrophages are a key part of the innate immune system, helping with normal tissue development as well as with repairing damaged tissue, according to researchers from Northwestern University.

But in the case of the people who died suddenly within a month of being vaccinated, the body’s own macrophages permeated their heart muscle, chewing up the muscle and causing spots that disrupted the heart rhythm. This macrophage invasion appeared to have literally short-circuited the heart’s conduction of the electrical impulses, causing the heart to beat irregularly.

The irregular heartbeats led to a negative feedback loop, making the heart race faster and faster as it tries to right itself. When that happens, the heart is effectively pumping no blood, and the victim dies within seconds or minutes unless there is a defibrillator nearby—to deliver an electrical shock to the heart to help it get back into rhythm—and someone knows to use it immediately.

The peer-reviewed study from German researchers included microscope images showing the damage to the victims’ heart cells, the presence of lymphocytes (another kind of smaller immune cell) in the heart muscle, and invasive macrophages in the heart muscle. Both macrophages and lymphocytes called T-helper cells were found in the heart tissue. The immune cells were concentrated in spots, each of which is called a focus. Spots of damaged heart tissue like this can generate offbeat signals that disrupt the heart’s smooth rhythm.

There are thousands of cardiac cells in the heart. These cells aren’t passive, like the cells in your biceps that need separate nerves to make them move. Instead, cardiac cells generate their own electrical impulses.

The cells of cardiac muscle act like nerves as well, conducting signals to and from adjacent muscle cells. This synchronizes their contractions, as well as perpetuates the regular continuity of the heartbeat.

Once a heart is beating, it takes a lot to stop it. A focus that breaks up this rhythm is like a bad drummer in a middle-school band. It can cause a cascade of chaos that prevents the heart from pumping blood productively.

The WHO and the CDC do recognize myocarditis post-mRNA vaccination. Both regulatory agencies consider it a “recognized but rare complication.” Most doctors also dismiss myocarditis cases as “mild.”

But the deceased subjects of the German study, as Campbell points out, also had supposedly “mild” myocarditis. The myocarditis appeared only in microscopic spots here and there. However, the electrical disruption of these spots caused rapid and dramatic deaths. In other words, there is no mild myocarditis, as one parent of an mRNA-vaccine-injured teen named Aiden Ekanayake, said.

Campbell recommended that clinicians have a “high index of suspicion” that mRNA-vaccinated people might be subject to this autoimmune myocarditis so that they can diagnose and treat it while the people are still alive. Clinicians pretending that this vaccine injury is “rare and mild,” has led to countless potentially avoidable tragedies.

Your Body Attacking Your Own Heart Cells

To be clear, this is not the mRNA vaccine directly damaging the heart—it is worse. The mRNA is injected into your muscle cells, turning the cell into a factory producing COVID-19 spike proteins.

As a result of the mRNA immunization, your body generates an immune response against COVID-19 spike proteins.

Since your own muscle cells were used to make the COVID-19 spike proteins and may have them on the cell surface, your newly-weaponized immune cells targeting the spike protein may start attacking your own healthy muscle cells.

This new German study shows photographic evidence that this happens and has killed people.

An original investigation published earlier this year in the Journal of the American Medical Association found that there were many cases of myocarditis in unexpected populations, especially in boys and young men, following mRNA vaccination.

Sir Austin Bradford Hill was an English medical statistician who established a set of epidemiological guidelines in 1965, now called the Bradford Hill criteria, which help prove cause and effect. If we apply the Bradford Hill criteria to this new research, it shows that the lethal myocarditis of these patients was indeed caused by mRNA vaccines. The German research demonstrated Bradford Hill’s criteria of strength (the more two things happen at the same time, the more likely one causes the other, even for rare events); consistency (the finding of sudden death from mRNA-vaccine-induced myocarditis has been happening consistently in different places and populations); specificity (for Bradford Hill, this is when a single cause produces a single effect. In this case the cause is the mRNA vaccine and the effect is myocarditis); and several more.

Indeed, the German researchers eliminated the possibility that the lethal myocarditis could have been caused by something else. Their study also showed “coherence,” another Bradford Hill criterion, which is when the same effect is found in both epidemiological studies and in laboratory samples.

Another Bradford Hill criterion is analogy: Is this cause-and-effect relationship similar to other medical issues that we already understand? In this case, the criterion of analogy is satisfied because we already understand that auto-immune reactions to one’s own heart can cause Giant-Cell Myocarditis, a life-threatening condition that causes ventricular tachycardia and sudden death in over two-thirds of those diagnosed with it.

For cause and effect to be established, Bradford Hill also asks whether the relationship is plausible: is there a mechanism by which one thing can cause the other? Plausibility was also proven by these autopsies: the German researchers clearly showed the mechanism. As Campbell said in his video review: “You can’t argue with a photograph taken under the microscope.”

For cause-and-effect to be established using Bradford Hill’s criteria, just one or two of the nine viewpoints must be satisfied. This study showed that for mRNA vaccines and heart damage, seven of Bradford Hill’s nine criteria were satisfied—an epidemiological slam-dunk.

The evidence is in: mRNA vaccines cause myocarditis, by leading your own immune cells to attack your heart, which can lead to sudden death by ventricular tachycardia or fibrillation.

Views expressed in this article are the opinions of the author and do not necessarily reflect the views of The Epoch Times. Epoch Health welcomes professional discussion and friendly debate. To submit an opinion piece, please follow these guidelines and submit through our form here.

Joe Wang, Ph.D., was a molecular biologist with more than 10 years of experience in the vaccine industry. He is now the president of New Tang Dynasty TV (Canada), and a columnist for the Epoch Times.