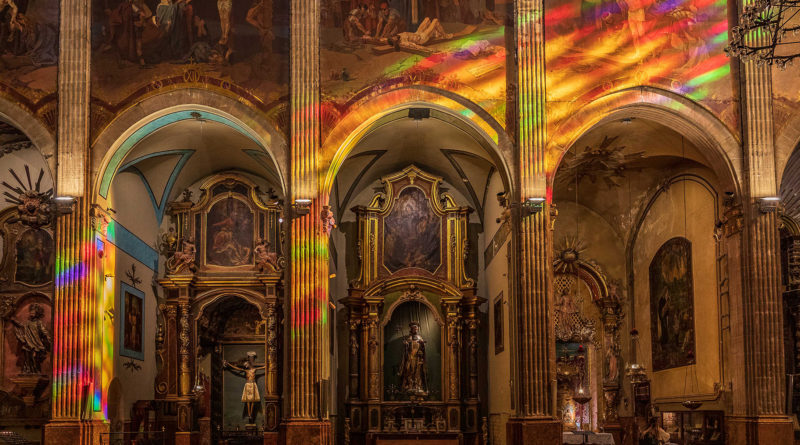 
History Hit, the famous streaming video platform founded by the award-winning British historian Dan Snow, has announced the winners of its 2022 Historic Photographer of the Year competition—and the images are outstanding.

Emblems of the past from around the globe were captured using landscape, urban, and aerial photography in novel ways or from novel perspectives. Five judges, experts in the fields of history and photography, spent three weeks narrowing 1,200 entries from UK residents down to a shortlist of 33 before choosing the three category winners.

Originality, composition, technical proficiency, historical impact, and the story behind the submission were their prime criteria.

Snow said judging the 2022 awards was a personal highlight, reflecting: “It is clear that the stunning entries that make up the shortlist are the product of patience, technical skill, and an awareness of both the past and the present. The creativity and talent on show was next to none.”

Steve Liddiard of Swansea, Wales, has been named the overall winner of the competition for the second year in a row for his photo of a derelict wool mill in the Welsh countryside: a building left empty for over 60 years, the shelves still stacked with colored wool and abandoned machinery parts.

Competition judge Claudia Kenyatta described Liddiard’s work as “a beautiful example of nature claiming the industrial heritage of the Welsh wool industry” in a press release, while judge Rich Payne of Little Dot Studios, which owns History Hit, admired the contrast between the “artifice of the wool’s colors and its natural material.”

Another two-time winner, Sam Binding of Bristol, England, earned top place in the Historic England category for the second year in a row with his misty morning image of Glastonbury Tor, a stately structure on an island in the Somerset Levels.

“The low-lying Levels are prone to mist,” Binding explained. “When I arrived, I was in for a very nice surprise. As the sun rose up, a wave of mist swept up and over the top of the Tor, creating an incredibly ethereal scene.”

Snow praised Binding’s photo for its uniqueness. “I’m a believer in getting up and out in the cold and dark to get the perfect shot, and this photographer has done exactly that. There are millions of pictures of the Tor every year but only one like this,” he said.

Fellow judge Fiona Shields described Binding’s submission as “an elegant image, powerful in its simplicity, the light falling so perfectly, framing the historic monument.” Judge Claudia Kenyatta of Historic England believed the photo “captures the legends, stories, and history that surround this ancient hill,” and “helps people understand more about England’s history and the achievements that have been made over the centuries.”

Luke Stackpoole from Churt in Surrey, England, took first place in the World History category for his atmospheric photo of Fenghuang Ancient Town in China, a town constructed among mountains in 1704 and part of the UNESCO World Heritage Tentative List.

Judge Philip Mowbray claimed the most striking elements of Stackpoole’s photo are the stilts of the riverside homes and their reflections, accentuated by the photographer’s choice to use portrait orientation. “Also, the way the photographer has captured both people and lit-up interiors shows the structures are still part of people’s everyday lives,” Mowbray said.

Check more photos from the shortlist galleries below:

Man Travels to 101 Countries Photographing Libraries All Over the World

Markets to the Fed: The Truce Is Over!