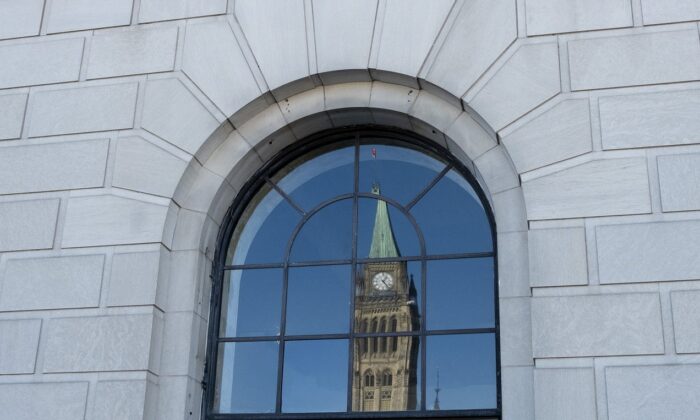 The Peace tower is reflected in a window in Ottawa, March 26, 2019. (The Canadian Press/Adrian Wyld)

Dufresne is the chief legal officer of the House of Commons and has previously worked as senior general counsel of the Canadian Human Rights Commission.

The privacy commissioner investigates complaints and publicly reports on how public and private-sector organizations handle personal information, touching on everything from data breaches to the use of facial-recognition technology.

The commissioner is appointed for a seven-year period following consultation with the leader of each recognized party in the House of Commons and group in the Senate, and after approval by resolution of both Houses of Parliament.

Trudeau says he is confident Dufresne would serve Canadians well in protecting and promoting privacy rights.

He would take over from Daniel Therrien, who has been commissioner since 2014.