While the Algave’s beaches are stunning, vacationers shouldn’t miss out on the countless treasures beyond the shoreline

It’s a castle that almost nobody visits—at least, very few of the thousands who gather to sunbathe on the sandy beaches a few miles down the road. And on this relatively cool, cloudy day, I had the place all to myself. The Castelo de Loulé has a long history, set as it is on a strategic site that’s been occupied since the 2nd century when the Romans built a military fortification here.

Successive empires passed through, adding their own touches and building and rebuilding the walls and towers, which have been protected as a national historic landmark since 1924. This pile of stone sits in the center of a town of the same name, with battlements right out of a nursery rhyme rising next to shops and restaurants. Walking atop the walls, I could see all the way to the sea, shimmering below me on the horizon.

Go Beyond the Beach

Portugal’s Algarve is one of Europe’s most popular vacation destinations, and rightfully so. Stretching across the southern end of the country, it is bordered by the Atlantic, with ocean frontiers fringed by cliffs on two sides. Many fly to Faro and, after checking into their seaside hotel, spend the next seven days simply enjoying the drinks, deck chairs, and general joys of being by, and in, the water. Which, of course, is a perfectly fine way to spend your vacation. But there’s definitely more to see—and do—away from the beach, which is something I discovered during an extended visit here.

The ‘Venice of Portugal’

For example: the small town of Tavira. Just a 30-minute drive west of Faro (a little longer by train), people sometimes refer to Tavira as the “Venice of Portugal.” Which is kind of a shame, really, because it sells this destination short—Tavira has its own unique pleasures. Now a scenic, secondary center with fewer than 30,000 residents, this was the most influential city in the region during the 15th and 16th centuries due to its powerful port and rich fishing industry.

Arriving by rail from the beach town of Albufeira, I first toured a small but mighty city museum, which outlined the town’s prestigious past in faithful, colorful detail. Then I checked out the castle and the Igreja da Misericórdia, a 16th century church considered by many to be a Renaissance masterpiece. Entering through the whitewashed exterior, I admired the vaulted ceiling, the golden altar, and especially the blue and white azulejo tiles, an 18th century addition that depicts 14 separate works of mercy. Vibrant and blue, they felt like the essence of this region, and this country.

Later in the afternoon, I descended to the Gilão River. Strolling its banks, I found a small waterside bar where they poured me a glass of inexpensive, delicious local wine, and I settled into my seat to watch the boats go by.

As I later walked along the banks of the river, I chit-chatted with local fishermen just finished from their day, asking about their catch. Then, I boarded a small tour boat for a sunset cruise. The destination was Ilha de Tavira, a barrier island that’s mostly known for its beaches. But I’m mainly in it for the ride.

Cruising on those calm waters through a late-afternoon daylight that felt like airborne caramel, we spotted a big flock of pink flamingoes in the Ria Formosa Natural Park. I disembarked on the island, but just long enough to dash down the path to see the beach, before returning to the tour boat for a leisurely return ride back to town.

Jewels of the Algarve

Over the next days, my adventures continued. In Vilamoura, I explored the marina, where docks were stacked up with sailboats and yachts. In Albufeira, I meandered through the curving, cobblestone lanes to find dinner, or just for a stroll. In Loulé, a railroad town that many bypass, I explored the impressive castle, perhaps the most underrated attraction in the region.

And in Lagos, the largest city in the western Algarve, I boarded a motorboat and made haste for the grottos. On the way out, we waved to incoming fishing families, all of them finishing their day’s work on the waters. A relatively small place with just about 30,000 residents, this city retains the feel of its glory days when it was a base for new world exploration. Its walls encircle the oldest areas, while big church towers rise over it all. The other famous Lagos—the sprawling Nigerian capital—was probably named for this Portuguese town.

Making a turn out of the protected waters into the Atlantic, we passed a couple of tucked-away beaches and arrived at the grottoes. Carved into coastal cliffs, each one has a personality all its own. One, called The Cathedral, is enclosed by a vaulted rock ceiling, and I’m sure more than a few have felt it a religious experience to visit, the boat nosing inside, rocking around, then rolling out.

On the horizon, I could see a headland and asked the guide what it was. “Sagres,” he responded. Now, it’s a hippie sort of surf town. “But once, they thought it was the end of the world.” We didn’t make it that far, the boat turning back to port. Arriving back in the harbor, I’d eat a quick dinner and then catch a train back to Albufeira. A full and fun little trip, and definitely worth it, going beyond the beach. But the end of the world? It will have to wait for another day.

Fly: You can fly directly from European hubs to the international airport in Faro (FAO), which receives flights from both major standard-bearer airlines, and low-cost carriers. If you’re coming from North America, your routing will likely include a stop at Lisbon’s International Airport, a hub for TAP, the national airline of Portugal. A member of Star Alliance, their on-board service is excellent, and they fly nonstop to a number of destinations in the United States and Canada, including Montreal, Boston, Toronto, Chicago, Miami, and New York City.

Getting Around: While it’s advisable to rent a car to explore deeper—driving will take you to smaller towns, and into bigger countryside—the rail system in the Algarve is very good, with regular trains running east to west, connecting the communities.

Stay: Marriott Pine Cliffs Hotel (a Luxury Collection Resort) is a true retreat. Many rooms have spacious balconies, and you can walk through the landscaped grounds to swim in multiple pools, or just enjoy the bubbling fountains. From here, Faro, Vilamoura, Loulé, Tavira, and Albufeira are all close by.

Take Note: While Portuguese can be a difficult language to learn, most people who work in the service industry here speak very good English. 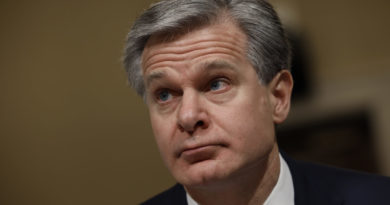